The CIA, Remote Viewing, and Holospheres

A brief excerpt from Monad Mantis' 2-15-20 Medium.com article entitled "The CIA Admits Psychic Abilities Are Real, But Cannot Figure Out The Science Behind It":

According to a CIA document declassified on 08/07/2000 titled “Coordinate Remote Viewing (CRV) Technology 1981–1983,” submitted to the organization August 4 of 1983, coordinate remote viewing “utilized through the methodologies that have been developed…works with remarkable precision,” but the individuals who submitted it admitted that they were “unable to explain in conventional terms why it is that the co-ordinate serves as a stimulus in the manner it does.” Nevertheless, they were convinced that David Bohm’s model of quantum mechanics provided a potentially plausible explanatory hypothesis for the mechanisms that make it possible.
David Bohm was a controversial yet brilliant luminary in physics who argued that the entirety of the cosmos is populated with quantum black holes that lead from the “explicate order” of spacetime to a realm that transcends space and time which he referred to as the “implicate order.” These black holes were termed “holospheres,” and hypothesized as the mechanism which connects the implicate order to the explicate order. From the perspective of the remote viewer, it is possible that the signal line we acquire is mediated by these holospheres, which connects us with an implicate order that is conceptually more or less identical to the Eastern concept of “Akasha” or the “Akashic records,” as articulated in the work of writers such as Swami Vivekananda. The explicate order in which we ordinarily live and move and have our being is “unfolded” from this implicate order and houses the world of ordinary objects and consciousness, which includes what remote viewers known as the liminal, subliminal and subconscious orders.
Bohm’s “implicate order,” he hypothesized, contained sub-quantum variables that were responsible for the alleged “hidden variables” that made quantum phenomena so unpredictable. In this respect, he was not merely engaging in quantum mechanics, but sub-quantum mechanics, which he believed contained the key to understanding how the universe unfolded from a kind of Universal Mind that pervades the entire cosmos at all times.


"If there is a universal mind, must it be sane?"
--Damon Knight, Charles Fort: Prophet of the Unexplained, 1970
Posted by Robert Guffey at 8:50 PM No comments:

Harlan Ellison's THE GLASS TEAT & THE OTHER GLASS TEAT

Apropos of nothing (or perhaps everything), what follows is Harlan Ellison's introduction to the 2011 Charnel House Omnibus edition of THE GLASS TEAT & THE OTHER GLASS TEAT, two of Ellison's best works of nonfiction....

Harlan Ellison - Welcome To The Gulag - The Compleat Introduction 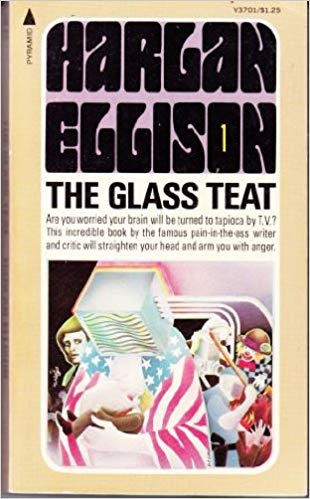 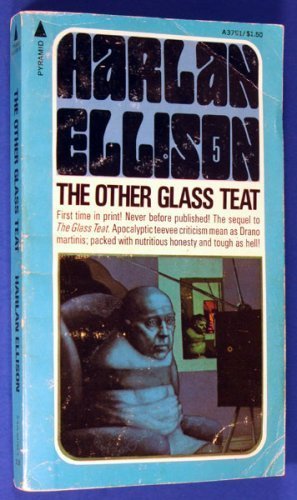 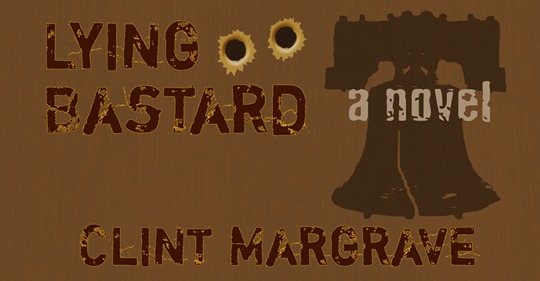 My friend and colleague Clint Margrave has just announced the publication of his first novel, LYING BASTARD. I wrote a blurb for the book, as you can see below:

Though it won't be released until May 1st, LYING BASTARD is now up for pre-order on Indiegogo and Amazon.

Earlier this month Clint posted the following message on Facebook:

My publisher Run Amok Books is kicking off a campaign to raise money for the promotion of my new novel, LYING BASTARD. Those of you who have asked how you can pre-order the book, this is the place. Contribute now and receive a perk, such as a signed hardcover or paperback. Any support would be greatly appreciated! Thank you in advance!

If you're interested, pre-order the book right HERE. The Indiegogo campaign continues until February 24th!
Posted by Robert Guffey at 1:22 PM No comments:

BELA LUGOSI AND THE MONOGRAM NINE Has Been Nominated For a Rondo Award! 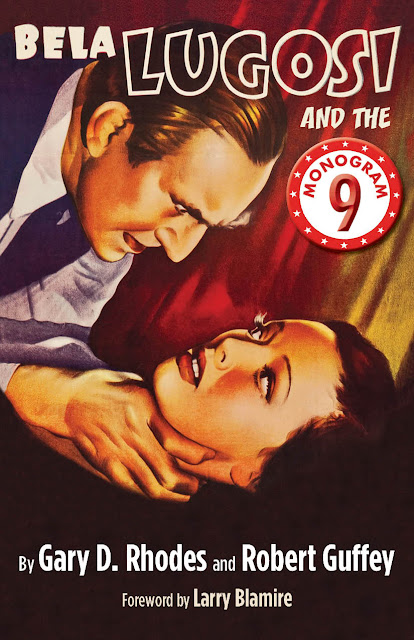 The official ballot for the 18th Annual Rondo Hatton Classic Horror Awards has just been announced, and I was pleased to discover that my latest book, BELA LUGOSI AND THE MONOGRAM NINE (co-written with Gary D. Rhodes), has been nominated for "Book of the Year"! I'm delighted to be included on the same list with such excellent books as THE LADY FROM THE BLACK LAGOON: HOLLYWOOD MONSTERS AND THE LOST LEGACY OF MILICENT PATRICK by Mallory O'Meara, JAMES WARREN: EMPIRE OF MONSTERS by Bill Schelly, and THE BIZARRO ENCYCLOPEDIA OF FILM by John Skipp and Heather Drain. 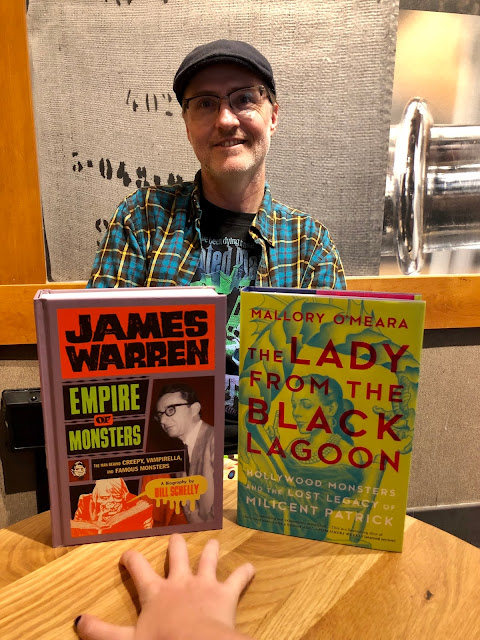 I'd like to take this opportunity to once again thank the inimitable Michael Kronenberg for going above and beyond the call of duty in designing the eye-catching cover and interior layouts for BELA LUGOSI AND THE MONOGRAM NINE... and to filmmaker Larry Blamire for his illuminating introduction!

If you want to vote for BELA LUGOSI AND THE MONOGRAM NINE, you must first click HERE (to view the official ballot), then follow these simple directions prepared by journalist David Colton, perennial Burgomaster of the CLASSIC HORROR FILM BOARD:

Since 2002, the Rondos have been fandom's only classic horror awards -- decided by fans, for fans. Every nominee below is being recognized for significant work or achievement in the year 2019. So add your voice and help make a difference.

-- All voting is by e-mail only. Simply copy this ballot (cut-and-paste into an email and marking your choices with an X or highlighting works fine). We know that can be awkward so you can also just type out your choices. Send an e-mail with your picks to me, David Colton, at taraco@aol.com by Sunday night at midnight, March 29, 2020.

-- No, you do not have to vote in every category. Vote for all, one or a few.

-- One vote per person, please. Every e-mail must include your name to be counted. All votes are kept strictly confidential. No e-mail addresses or personal information will ever be shared with anyone.

-- Again, TO VOTE e-mail your picks to taraco@aol.com

Finally, thanks as always to the thousands of fans, pros and friends who have voted year after year. We look forward to hearing from you again. Let's make RONDO XVIII the best ever.
Posted by Robert Guffey at 12:24 AM No comments: