CHAMELEO on The Higherside Chats

Debuting today is the latest episode of the popular podcast THE HIGHERSIDE CHATS, in which host Greg Carlwood conducts a two-hour-long interview with Yours Truly regarding the High Weirdness documented in my book CHAMELEO:  A STRANGE BUT TRUE STORY OF INVISIBLE SPIES, HEROIN ADDICTION AND HOMELAND SECURITY.  This conversation encompasses such conspiratorial subjects as the San Bernardino mass shootings, the recent attacks on Brussels, the connections between Hollywood and the intelligence community, cutting edge cloaking technology, acoustic weaponry deployed against U.S. citizens, the psychological warfare uses of holographic landscapes, and epic food fights with the Feds. 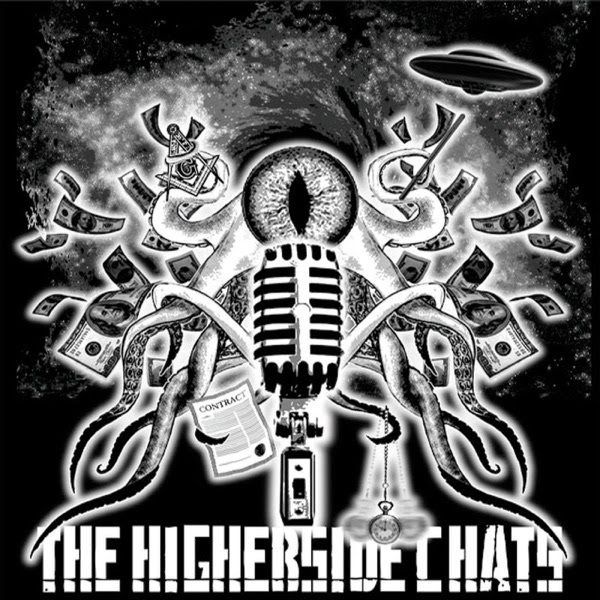 Posted by Robert Guffey at 8:04 PM No comments:

The LAPD and the Jeffrey Lash Files

"The Los Angeles Police Department denied a request for the release of files related to the case of Jeffrey Alan Lash submitted under the California Public Records Act. The deceased body of Lash was discovered by LAPD in a parked vehicle in Pacific Palisades, and a rather incredible story of weapons, cars, cash, CIA operatives and ET-human hybrids proceeded to unfold. LAPD indicated the denial was issued because the request sought 'records that are either investigatory records or properly part of an investigative file,' adding that such files are exempt from disclosure."

From Sean Gallagher's 3-11-16 Ars Technica article entitled "If You Can Turn a Vacuum into an Improvised Weapon, DARPA May Want Your Help":

"In an effort to understand the kinds of improvised weapons, devices, and systems that could be used against U.S. forces in the field today, the Defense Research Projects Agency's Defense Science Office is preparing for an alternative sort of 'improv' performance. DARPA is inviting researchers, developers, and hardware-hacking hobbyists to join in, and the goal of the planned jam session is to discover ways that off-the-shelf commercial technology could be modified to be used against the military by its adversaries.

"The U.S. military has dealt with a wide range of improvised weapons and tools in the hands of adversaries over the past decade, including cell phone activated improvised explosives, off-the-shelf software used to intercept drone video feeds, and USB drives laden with malware that ran rampant on computer networks in Afghanistan. Today there's growing concern about how commercial and consumer drone and robotics technology, Internet-of-Things devices, and other burgeoning technology could be used to spy on, harass, impede, or even kill members of the military."

Posted by Robert Guffey at 5:44 PM No comments:

What follow are choice excerpts from a 9-25-14 article published on the University of Rochester's website (recently sent to me by Cryptoscatology.com correspondent Eric Blair).  The article, entitled "'Cloaking' Device Uses Ordinary Lenses to Hide Objects Across Range of Angles," opens with the following paragraph:


"Inspired perhaps by Harry Potter’s invisibility cloak, scientists have recently developed several ways—some simple and some involving new technologies—to hide objects from view. The latest effort, developed at the University of Rochester, not only overcomes some of the limitations of previous devices, but it uses inexpensive, readily available materials in a novel configuration."
Skipping down in the article:
"Their simple configuration improves on other cloaking devices, but it’s not perfect. 'This cloak bends light and sends it through the center of the device, so the on-axis region cannot be blocked or cloaked,' said [doctoral student Joseph] Choi. This means that the cloaked region is shaped like a doughnut. He added that they have slightly more complicated designs that solve the problem.  Also, the cloak has edge effects, but these can be reduced when sufficiently large lenses are used.
"In a new paper submitted to the journal Optics Express and available on arXiv.org [UPDATE 11/19/2014: The paper has now been published in Optics Express], [Professor John] Howell and Choi provide a mathematical formalism for this type of cloaking that can work for angles up to 15 degrees, or more.  They use a technique called ABCD matrices that describes how light bends when going through lenses, mirrors, or other optical elements."
To read the entire article, click HERE.
Posted by Robert Guffey at 1:47 AM No comments:


"A man charged with fatally shooting six people in southwestern Michigan interspersed with his stints as an Uber driver told investigators he was being controlled by the ride-hailing app through his cellphone, police said Monday.
"According to a police report, Jason Dalton told authorities after the Feb. 20 shootings in and around Kalamazoo that 'it feels like it is coming from the phone itself' and told of something 'like an artificial presence,' the report said [...]."
To read Karoub's entire report, click HERE.
Now here's a brief excerpt from the BBC's 3-14-16 article entitled "Kalamazoo Shootings:  Uber Driver Blames App":
"'When I logged onto [the Uber app], it started making me feel like a puppet,' Mr. Dalton told investigators.
"He claims that the smartphone program told him to kill his victims [...].
"According to documents released on Monday, Mr. Dalton said the horned cow head of a devil would appear on his phone screen and give him an assignment.
"One of the investigators wrote in the report: 'I asked Dalton what made him get his gun tonight, and he said the Uber app made him.''

Posted by Robert Guffey at 5:33 PM No comments:


Earlier today I received my contributors’ copy of BUFFALO ZINE No. 3, which includes a collaborative short story entitled “Janelle’s Key” written by Irvine Welsh, Fred Venturini, John Schoneboom, Arthur Mauritz, John Keene, and Yours Truly (I wrote the concluding chapter of this exquisite corpse).  The magazine is, in truth, a lavishly produced hardcover book that also contains writing by Björk, T.C. Boyle, Kim Gordon, Miranda July, Lemony Snicket, and Tim Walker.  If you’re interested in purchasing a copy, you can do so right HERE. 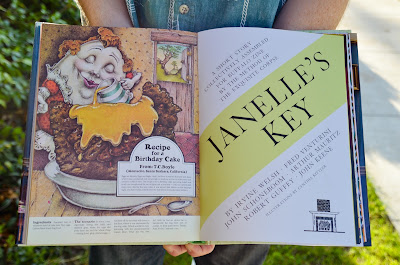 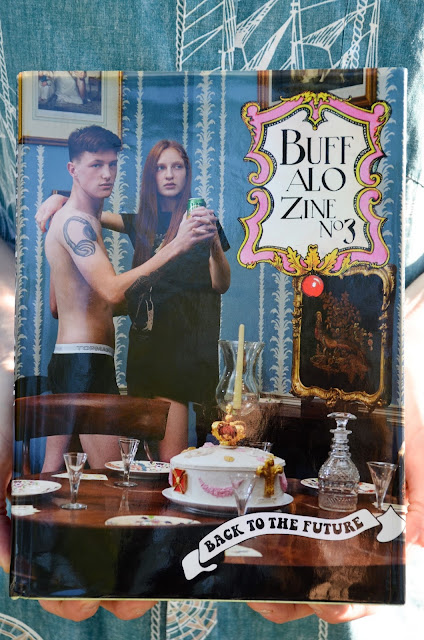 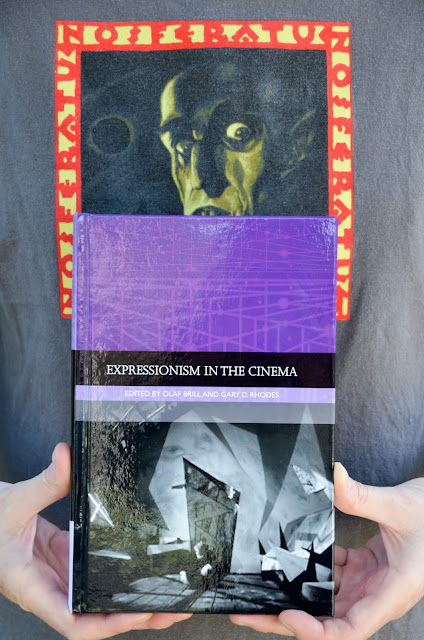 Posted by Robert Guffey at 7:00 PM No comments:

The FBI Is Now Spying on High School Students

Here are some choice excerpts from Sarah Lazare's 3-2-16 AlterNet article entitled "The FBI Has a New Plan to Spy on High School Students Across the Country":

"Under new guidelines, the FBI is instructing high schools across the country to report students who criticize government policies and 'western corruption' as potential future terrorists, warning that 'anarchist extremists' are in the same category as ISIS and young people who are poor, immigrants or travel to 'suspicious' countries are more likely to commit horrific violence.

"Based on the widely unpopular British 'anti-terror' mass surveillance program, the FBI’s 'Preventing Violent Extremism in Schools' guidelines, released in January, are almost certainly designed to single out and target Muslim-American communities. However, in its caution to avoid the appearance of discrimination, the agency identifies risk factors that are so broad and vague that virtually any young person could be deemed dangerous and worthy of surveillance, especially if she is socio-economically marginalized or politically outspoken [...].

"According to the FBI’s educational materials for teenagers, circulated as a visual aide to their new guidelines, the following offenses constitute signs that 'could mean that someone plans to commit violence' and therefore should be reported: 'Talking about traveling to places that sound suspicious'; 'Using code words or unusual language'; 'Using several different cell phones and private messaging apps'; and 'Studying or taking pictures of potential targets (like a government building)' [...].

You can read Lazare's entire article HERE.
Posted by Robert Guffey at 11:11 PM No comments: