I highly recommend reading "Ronald Reagan and the Occultist:  The Amazing Story of the Thinker Behind His Sunny Optimism," an illuminating article by Mitch Horowitz, author of the book OCCULT AMERICA (Bantam, 2009).  What follows are the first two paragraphs of this 1-5-14 Salon.com article:

"Ronald Reagan often spoke of America’s divine purpose and of a mysterious plan behind the nation’s founding.  'You can call it mysticism if you want to,' he told the Conservative Political Action Conference in 1974, 'but I have always believed that there was some divine plan that placed this great continent between two oceans to be sought out by those who were possessed of an abiding love of freedom and a special kind of courage.'  These were remarks to which Reagan often returned.  He repeated them almost verbatim as president before a television audience of millions for the Statue of Liberty centenary on July 4, 1986.
"When touching on such themes, Reagan echoed the work, and sometimes the phrasing, of occult scholar Manly P. Hall…."
To read this entire article (which delineates the many connections between Reagan and Manly P. Hall, arguably the most knowledgeable occult scholar of the 20th century), simply click HERE. 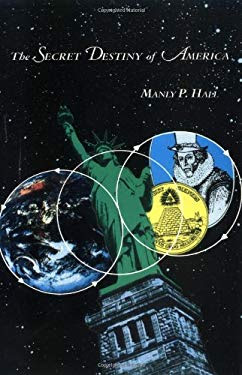 Posted by Robert Guffey at 1:10 PM