Alan Moore on the 50th Anniversary of THE PRISONER

Arguably the most profound and influential writer in the history of comic books, Alan Moore has authored such seminal works as Watchmen (the sole graphic title on Time’s list of best novels since 1923), From Hell, V for Vendetta, and The League of Extraordinary Gentlemen, as well as the novels Voice of the Fire and Jerusalem and the epic poem The Mirror of Love (and so much more). The Guardian’s Steve Rose once dubbed him “the undisputed high priest of the medium, whose every word is seized upon like a message from the ether” by comics fans. Comics historian George Khoury said that calling Moore the best writer in the history of comics is an understatement.
Upshot: Moore is a genius.
Plus, he’s an ardent admirer of The Prisoner, the Delphic, genre-bending seventeen-episode British TV series cocreated by Patrick McGoohan, who also starred, as a former secret agent (McGoohan had previously starred as John Drake in Danger Man, or Secret Agent, as it was known in the U.S.) who, following his resignation, is abducted and whisked away to a mysterious coastal-village resort where people are known by numbers rather than names and aspiring escapees are subdued by militaristic balloon-like devices called Rovers. The Prisoner debuted in the U.K. in 1967, and in the U.S. (on CBS) the following year — so, fifty years ago. My, how time flies.
Many writers, producers, and directors revere this show, like Moore, including Christopher Nolan, Twin Peak’s Mark Frost, and X-Files creator Chris Carter, and have cited as influences on their own work; it has been toasted in countless films, television shows, songs, comics, and novels.
In commemoration of the fiftieth anniversary, the Paley Center reached out recently to Moore, who graciously agreed to respond to a list of questions submitted (and answered) via email. The Q+A follows.... 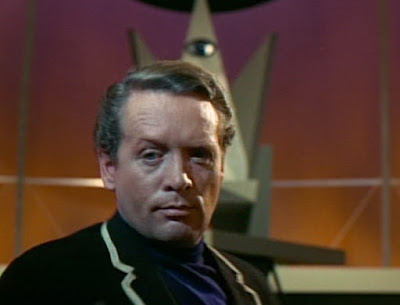