The Intelligence Codes in A Clockwork Orange

Philip K. Dick claimed, on several different occasions, that in 1972 he was approached by representatives of an unnamed intelligence agency who demanded he embed certain codes into his next novel (which would have been Flow My Tears, the Policeman Said, published by Doubleday in 1974).  Dick refused to cooperate.  Science fiction writers and fans have scoffed at this claim for decades, blaming Dick's drug use on this supposed paranoid hallucination... despite the fact that it can be demonstrated easily that professional science fiction writers like Cordwainer Smith and Curt Siodmak, both of whom had definite connections to various American espionage agencies, embedded sensitive intelligence information in their published work.

Apparently the same demands were made of Anthony Burgess in England.  Unlike Dick, however, Burgess didn't refuse the Faustian bargain... and apparently lived to regret it.

Here's an excerpt from a Dangerous Minds article entitled "Anthony Burgess and the Top Secret Code in A Clockwork Orange" (originally posted on 8-21-13):

"Burgess’s best known novel is A Clockwork Orange, which became an international success once it had been filmed by Stanley Kubrick. Burgess came to hate it and told Playboy in 1971, of all his books it was the one he liked least. But without A Clockwork Orange would anyone have taken an interest in Burgess?

"This question becomes more interesting when considered in light of information revealed in Roger Lewis’s controversial biography of the novelist [...]. Around the 280-page mark, Lewis details his meeting with a British secret service man who informed the Welshman that Burgess was not wholly responsible for A Clockwork Orange. Rather it was a work of collaboration with the British secret services.

"Lewis was told by his source that A Clockwork Orange was about:


'....the mind-control experimentation conducted by Dr. Ewen Cameron at the Allen Memorial Institute in Montreal, between 1957 and 1963, and the Remote Neural Monitoring facility that operated out of Fort George Meade. The CIA were funding controversial research programmes into electronic brain stimulation. They induced exhaustion and nightmares in patients; they put hoods or cones over people’s heads to broadcast voices directly into their brains; they irradiated the auditory cortex or inner ear. When patients had their own speech played back to them, incessantly, they went insane. There was a misuse of civilians in these covert operations, and intelligence on these devices remains classified.'

"Indeed there is an hilarious appendix containing Lewis’s correspondence with the CIA, who neither confirm nor deny the existence or non-existence on files pertaining to Burgess’s secret service work.
According to Lewis, Burgess 'had been a low-grade collector of intelligence data (or ground observer) in the Far East' for the British. On return to England, he found himself in a world of spy scandals (Burgess, Philby and Maclean) and double agents (George Blake), where the American cousins were questioning their bond with the Brits. A plan was hatched where Burgess would essentially front a novel that would:


'...lift the corner of the carpet and put into his novel classified material about the (then) new-fangled conditioning experiments and aversion therapies being devised to reform criminals—experiments which had wider implications for the concept of social engineering.'


'...Burgess’s collaborator was a former CIA officer called Howard Roman, a languages expert whose particular field had been the Polish Intelligence Service, the Urzad Bezpieczenstwa (UB)—and it was a senior officer in Polish military intelligence, Michal Goleniewski, who upon defecting had told the CIA about the mole at Underwater Weapons Establishment Portland.'

"The US connection explains why A Clockwork Orange is not littered with Russian references (as Burgess always claimed), but Americanisms like 'liquor store,' 'sidewalk,' 'pretzel,' and 'candy.'" 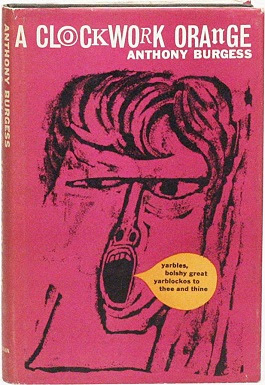 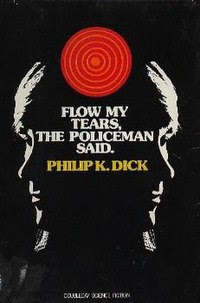