Here's an excerpt from Jennifer McCartney's 2-20-15 Atlantic article entitled "A Time Machine in the Mojave Desert":


"The sign said, 'Dedicated to Research in Life Extension.' George Van Tassel, an aviator and UFOlogist, put it outside a structure he described as 'a time machine for basic research on rejuvenation, anti-gravity, and time travel' in the Mojave Desert in the early 1950s.

"In fact, the story of George Van Tassel’s Integratron, as the machine is known, is so outlandish, so otherworldly, and so enchanting—encompassing UFOs, electromagnetism, Nikola Tesla, Howard Hughes, Moses, and an alleged German spy—that it’s little wonder the site continues to attract tourists, artists, reporters, drifters, and spiritual pilgrims more than 60 years after Van Tassel began to build what would become his life’s work.

"The white wood-domed structure sits four stories high and 55 feet in diameter, just off Twentynine Palms Highway in Landers, California, about an hour north of Palm Springs. According to Van Tassel, the site was determined by its relationship to the Great Pyramids in Giza as well as its proximity to magnetic vortices. It is a 16-sided metal-free building constructed using a technique called joinery—no nails or screws were used in an attempt to avoid interference with the conductive properties of the machine. Inside, the acoustically perfect sanctuary made of Douglas fir rises three stories high and features sweeping views of the desert from its 16 small windows. The Integratron remains open to visitors today, although it’s no longer outfitted for the purpose of time travel—the machinery is, mysteriously, long gone.

"The story of Van Tassel’s time-travel dome begins under a rock—yes, an actual rock—where he lived. It was here, a few miles from Landers, that the inventor established an airport which he ran for 29 years on land leased from the U.S. government. It’s also where he incorporated a science philosophy organization called The Ministry of Universal Wisdom, one of many UFO cults that sprouted up in California shortly after the 1947 Roswell incident that brought UFO culture into the mainstream.

"The most infamous of these groups is probably Heaven’s Gate—whose members committed suicide in order to ascend to a spaceship following the Hale-Bopp comet—but there’s also Scientology (founded in 1952), the Universal Articulate Interdimensional Understanding of Science (1954), and the Aetherius Society (1955). The organizations held in common the belief that communication with extraterrestrials was possible and that by channeling their messages (many aliens, believers said, were concerned with the earthlings' attempts to develop a hydrogen bomb) the contactee could ultimately help save mankind. 'The UFO culture of the 1950s arose after the end of WWII, and rockets, nuclear weapons, and new aircraft were being designed and built based on war effort innovation,' notes Bernard Bates, a professor of astronomy at the University of Puget Sound. 'People were afraid death could come out of the sky... and they were seeing all sorts of natural and human made phenomena which they didn’t understand.' It was during this era of increasing distrust among Americans of the U.S. government, the beginnings of the Cold War, with the possibility of nuclear weapons looming and the new-age movement in California blossoming, that Van Tassel rose to local, then national prominence as a charming, well-spoken UFO expert. Much of his notoriety was a result of the annual Giant Rock Interplanetary Spacecraft Convention, which he hosted for more than 20 years.

"Seven stories high and many thousands of tons, Giant Rock dominates the desert landscape and became a local landmark due to its size. It was underneath the boulder that a German immigrant named Frank Critzer carved out a 400-square-foot house for himself where Van Tassel would visit him occasionally. The story goes that Critzer also installed a radio antennae on top of the rock and came under suspicion by the authorities for being a German spy shortly after WWII. Accounts vary, but a tear gas canister from a botched FBI raid is said to have somehow ignited Critzer’s store of dynamite and blown him to bits. Van Tassel moved in shortly thereafter with his wife. And on August 24, 1953, it was here that Van Tassel received his instructions regarding what would become his 'tabernacle'—the Integratron."

The entirety of McCartney's article, well worth reading, can be found by clicking HERE.

What follows are some photos of my own pilgrimage to George Van Tassel's Integratron--as well as to nearby Giant Rock--just this past October.  I made this journey in the company of my good friend Eric Williams and inventor Richard Schowengerdt (whose explosive theories are featured prominently in my new book, CHAMELEO).  If you're a UFO enthusiast living in Southern California, you shouldn't hesitate to make this trip.  Upon approaching the remote destination after hours of driving, you can only stare in awe as the blazing white dome of the Integratron emerges out of the barren, Ralph-Steadmanesque desert landscape like a mythical fortress from a fractured fairy tale.  This is a quite a surreal experience, to say the least.  You can't help but feel the the 1950s UFO energy rising from the desert floor in tangible waves of 100% pure FORTEAN HEAT! 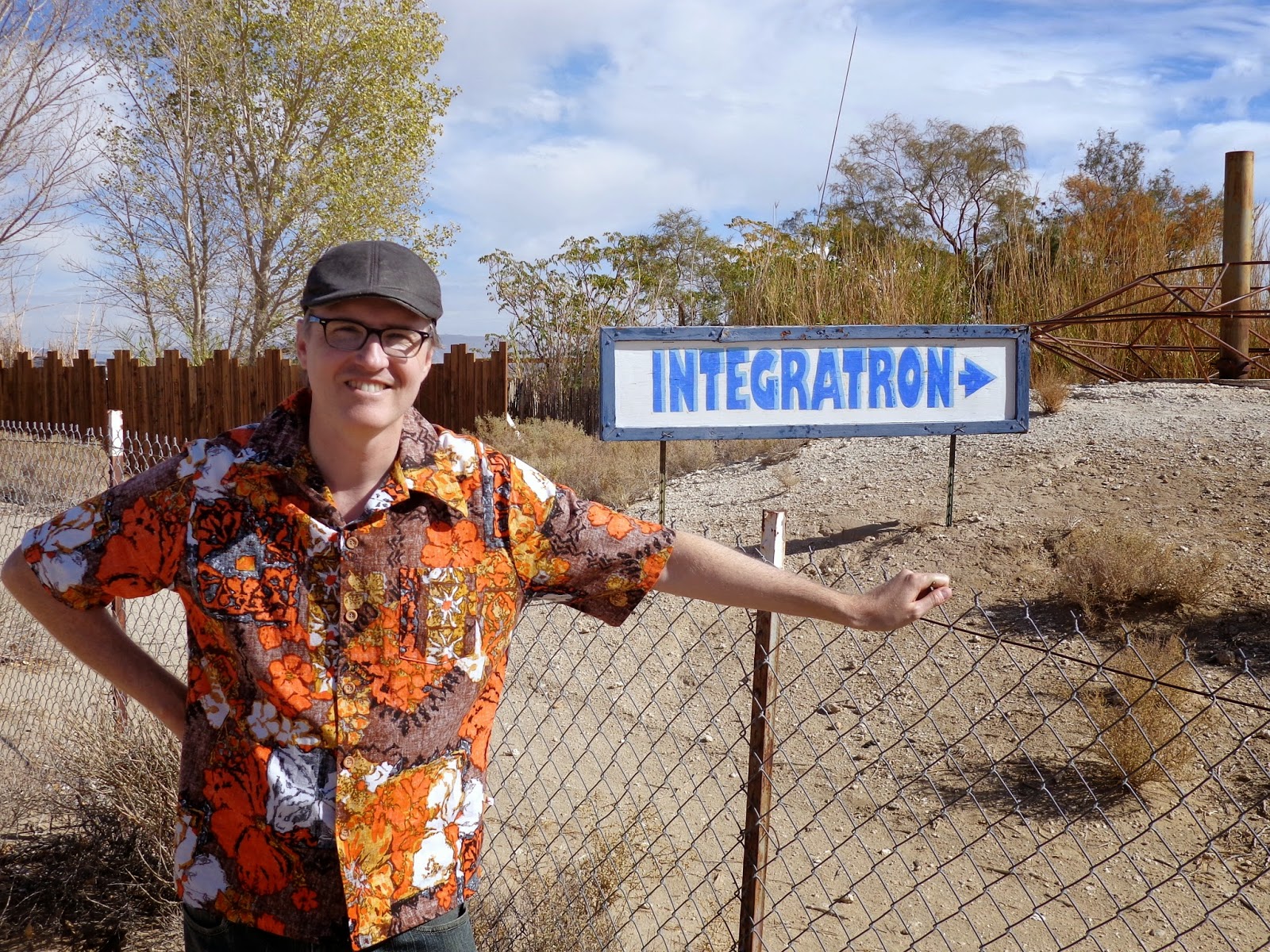 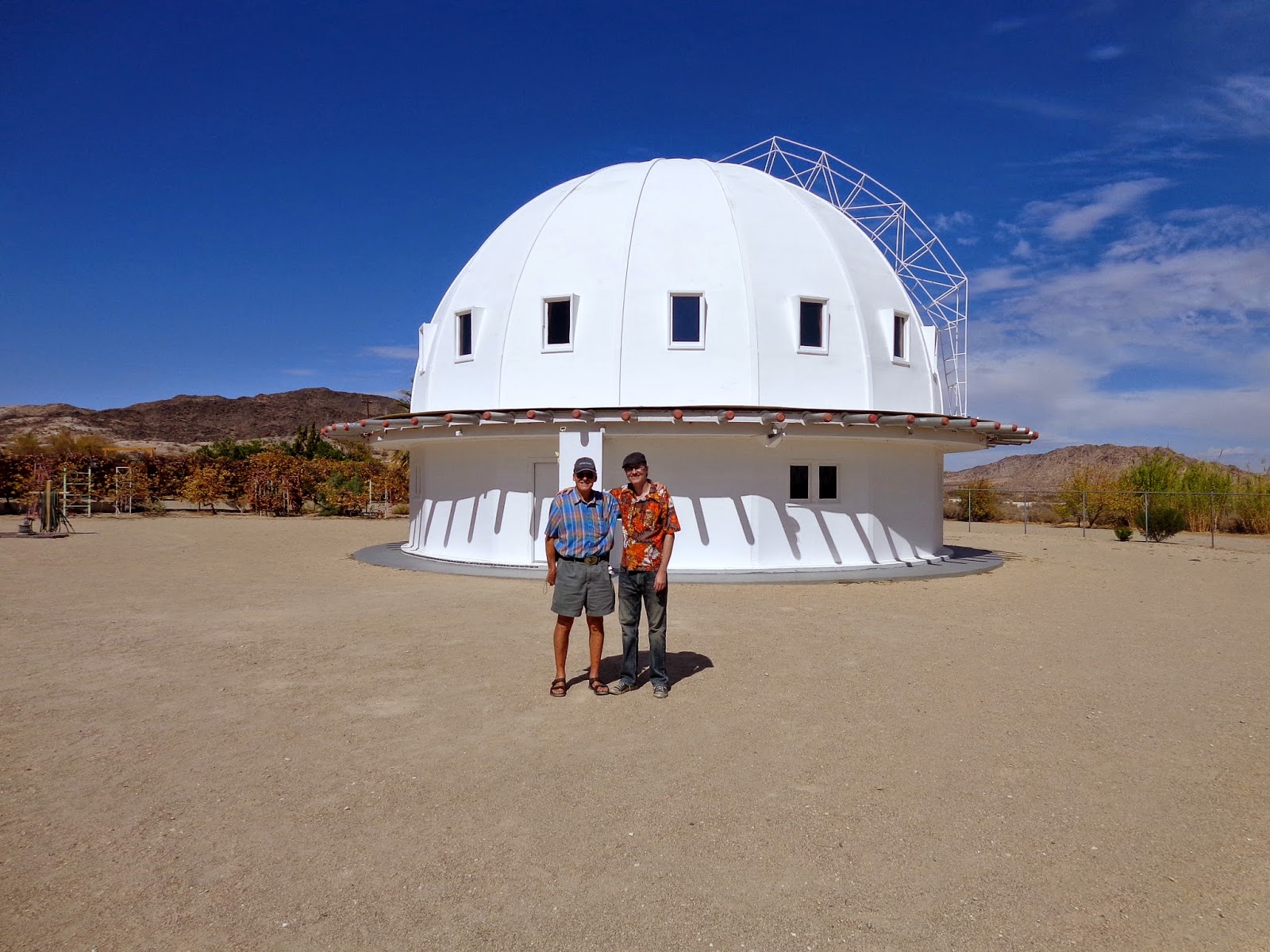 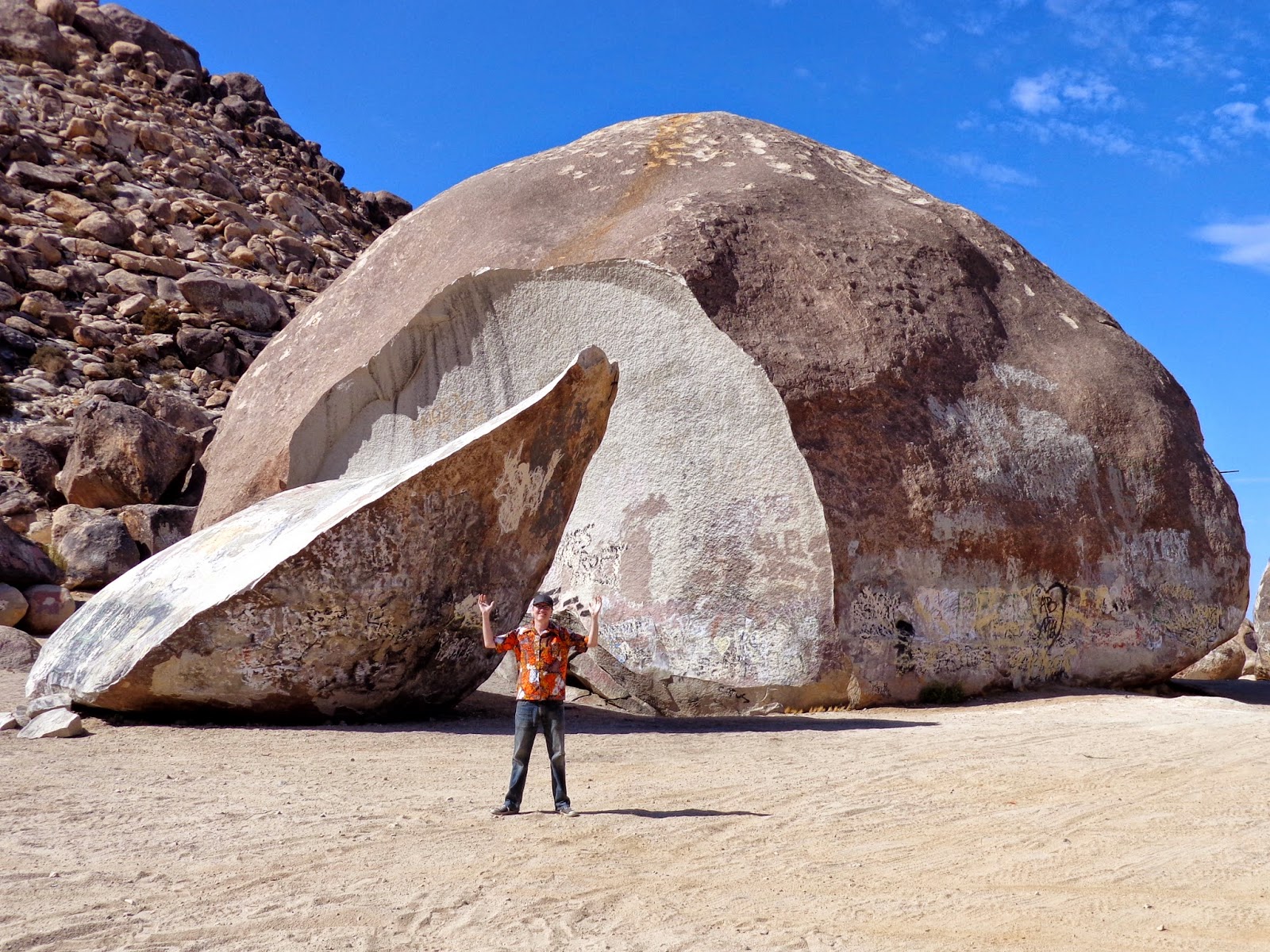 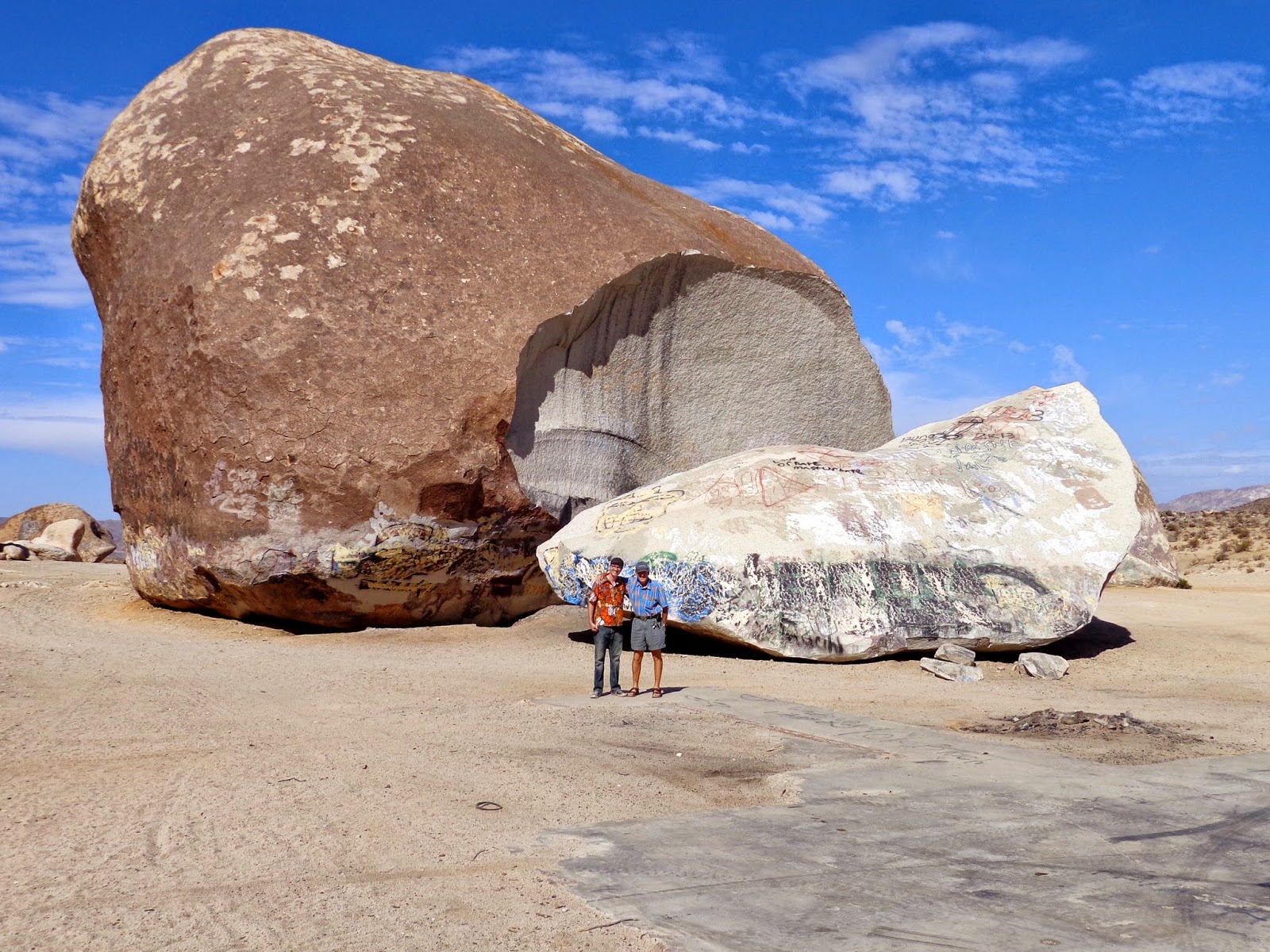