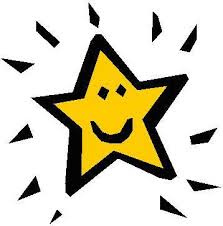 If your answer was A, you may review your grade by clicking HERE.
And if you would like to read Ms. Kutner's entire article, simply click HERE.
Posted by Robert Guffey at 6:16 PM

Robert Guffey
I'm the author of CRYPTOSCATOLOGY: CONSPIRACY THEORY AS ART FORM (TrineDay, 2012), SPIES & SAUCERS (PS Publishing, 2014), CHAMELEO: A STRANGE BUT TRUE STORY OF INVISIBLE SPIES, HEROIN ADDICTION, AND HOMELAND SECURITY (OR Books, 2015), UNTIL THE LAST DOG DIES (Night Shade/Skyhorse, 2017), WIDOW OF THE AMPUTATION & OTHER WEIRD CRIMES (Eraserhead Press, 2021), BELA LUGOSI'S DEAD (Crossroad Press, 2021), and OPERATION MINDFUCK (OR Books, 2022). I also co-authored BELA LUGOSI AND THE MONOGRAM NINE (BearManor Media, 2019) with Gary D. Rhodes. If you would like to buy a signed copy of CRYPTOSCATOLOGY, simply click on the button below.