In the wake of Prince's recent premature death, it might be illuminating to revisit his April 27, 2009 comments regarding the controversial chemtrail phenomenon:  "[Dick Gregory] said something that really hit home about this phenomenon of chemtrails. And you know, when I was a kid I used to see these trails in the sky all the time and [think] ‘Oh that’s cool—a jet just went over.’ And then you started to see a whole bunch of them, and next thing you know everybody in your neighborhood was fighting and arguing and you didn’t know why."

In this statement, Prince is clearly suggesting that the covert purpose of chemtrails is out and out mind control and population reduction.  Readers of Leonard Cole's well-researched book, Clouds of Secrecy:  The Army's Germ Warfare Tests Over Populated Areas, will immediately understand that this is by no means an unprecedented scenario. 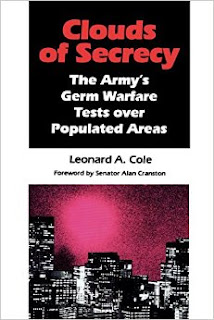 Tellingly, however, chemtrails and mind control were not the only "fringe subjects" that fascinated Prince.  Take note in particular of his statement in this same interview regarding the eight American presidents who preceded George Washington:  "We live in a place now that feels just about like a plantation.  We're all indentured servants.  When I found out that there were eight presidents before George Washington, I wanted to smack somebody.  I wanted to know why I was taught otherwise."

In my 2014 essay "The War Against the Imagination:  How to Teach in a System Designed to Fail," I wrote about my own experience learning this same obscure aspect of American history:

"In light of the increasing amount of darkly surreal political scandals emerging from the White House these days (i.e., 'Benghazi-gate,' 'AP-gate,' 'IRS-gate'), one can’t help but wonder if the real reason Those In Power wish to eradicate fiction from American education is to make the next generation of voters unfamiliar with the very concept of fiction itself, thus rendering the citizenry incapable of recognizing pure fiction when it appears on the nightly news or—more specifically—when it comes pouring out of the mouth of a duplicitous President on a regular basis.  Distinguishing between lies and truth requires the skill to think independently, a skill best reinforced by the imagination itself, the ability to consider possibilities.

"One day many years ago, back when I was in middle school, my Civics teacher became ill all of a sudden.  A substitute teacher came to take his place.  I think he was in his early to mid-twenties.  He was a handsome blond gentleman, fairly athletic looking.  He didn’t seem like your normal kind of teacher at all.  He ignored the instructions our regular teacher had left for him and instead launched into a monologue that went something like this:  'Everything you know is a lie.  Everything you’ve been taught is a lie.  History?  It’s just a pack of fairy tales.  Hey, you, kid!'  He pointed at a popular boy sitting in the front row.  'Who’s George Washington?'

"The boy laughed nervously, sensing a trick question in the air.  'Uh… well, uh, the first President of America?'

"'Wrong.  The first President of the United States was a man named John Hanson.  So what’s George Washington most famous for?  What’d he do?'

"The kid couldn’t answer, so somebody else jumped in:  'He told his mom about it, ‘cause he couldn’t tell a lie!'

"The substitute replied, 'Bullshit, man!  Just more bullshit, never happened!  None of this ever fucking happened!'

"An uncomfortable silence fell upon the room.  The most disruptive class clowns weren’t even making funny noises with their armpits.  Nobody knew what to do.  Abruptly, everybody had been teleported to an alternate dimension where everything seemed a lot more uncertain—and a lot more serious—than ever before.

"He suggested to us that if we wanted to understand 'true' history, we should read a novel entitled Illuminatus!, a three-volume work of psychedelic fabulism by Robert Shea and Robert Anton Wilson.  Needless to say, we never saw that particular teacher again.  I shouldn’t have been surprised.

"Nor should I have been surprised when I discovered, ten years later, while doing research among the stacks of the CSU Long Beach library, that John Hanson was 'elected President of the United States in Congress Assembled on November 5, 1781, the first of seven such one-year termed presidents,' whereas George Washington wasn’t elected President until 1789.  My source for that little-known factoid is an obscure 1978 book entitled The Illuminoids.  Is it possible that that weird substitute had read the same book?  Maybe he’d even read the same exact copy!  I wish I could ask him.  I often wonder if he’s still in the teaching biz.  Somehow I doubt it."

I wouldn't be at all surprised if a tattered, well-read copy of Neal Wilgus' The Illuminoids is sitting on Prince's bookshelf at this very moment.

(If you would like to read the entirety of my article "The War Against the Imagination," simply click HERE.)

One last note:  At one point during his aforementioned 4-27-09 interview, you will hear Prince reference trailblazing comedian/writer/activist Dick Gregory.  If you're not already familiar with Gregory's work, you should definitely begin by reading his important 1978 book Code Name "Zorro":  The Murder of Martin Luther King, Jr. (written in collaboration with Mark Lane, the former attorney of James Earl Ray, King's accused assassin).  In the 1990s, this book was reprinted under the title Murder in Memphis:  The FBI and the Assassination of Martin Luther King. 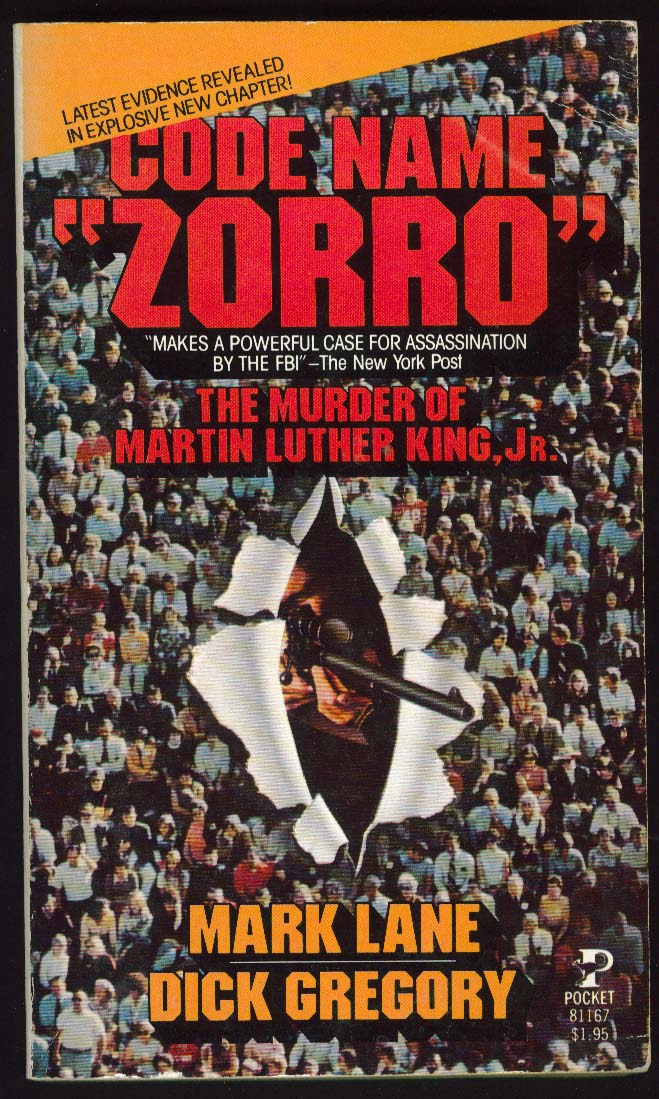 And if you ever had a desire to know exactly what it was like to live through the chaotic end of the Richard Nixon's administration while being harassed by the President's deadly cadre of thugs, spies and assassins, you should take the time to listen to Gregory's final, incendiary standup comedy performance, released on vinyl in 1974 under the appropriate title Caught in the Act.

"If they took all the drugs, nicotine, alcohol and caffeine off the market for six days, they'd have to bring out the tanks to control you.”--Dick Gregory

f they took all the drugs, nicotine, alcohol and caffeine off the market for six days, they'd have to bring out the tanks to control you.
Read more at: http://www.brainyquote.com/quotes/authors/d/dick_gregory.html

f they took all the drugs, nicotine, alcohol and caffeine off the market for six days, they'd have to bring out the tanks to control you.
Read more at: http://www.brainyquote.com/quotes/authors/d/dick_gregory.html
Posted by Robert Guffey at 11:21 PM