Lovecraftian Horror and the Alchemy of the New

Earlier this morning TOR.COM published my article, "Lovecraftian Horror and the Alchemy of the New" (fans of such writers as H.P. Lovecraft, Stephen Graham Jones, and Victor LaValle will definitely want to check it out).  The first few paragraphs follow:


When teaching the Literature of Science Fiction at CSU Long Beach, one of the key texts I often assign is At the Mountains of Madness by H.P. Lovecraft, a short novel originally published in 1936 that points the way toward the blurring of genre boundaries so prevalent in the work of the most memorable fabulists of the past few decades, Steve Aylett, Steve Erickson, Jonathan Lethem, Thomas Pynchon, and Jack Womack foremost among them.
The students’ reaction to Lovecraft is often split down the middle; there are those who adore Lovecraft’s work and those who revile it. One student believed that, due to Lovecraft’s documented racism, no one should be allowed to read his work. Her fear, apparently, was that by exposing ourselves to Lovecraft’s fiction, we would in turn be laying ourselves naked to the author’s worst character flaws. It was as if she believed that reading H.P. Lovecraft might lead one to become H.P. Lovecraft, almost as if the supernatural phenomenon of body possession Lovecraft wrote about so often in his fiction (e.g., The Case of Charles Dexter Ward, “The Shadow Out of Time,” “The Thing on the Doorstep,” etc.) was possible in the real world. My syllabus, due to its inclusion of Lovecraft, was somehow putting the students at risk of having their precious bodily fluids spoiled irreversibly by transgressive notions forged way back in the Jazz Age.
Needless to say, this is an odd viewpoint for a student—particularly a Creative Writing major—to hold. If anyone could separate the work from the author, you would think it would be another writer. As a writer myself, I find such a puritanical stance to be completely antithetical to artistic expression. By the second decade of the twenty-first century, it shouldn’t be necessary to invoke the words of George Santayana (“Those who cannot remember the past are condemned to repeat it”), but apparently for some it is necessary. It should be obvious that only by remembering the past and building on it can any form of literature evolve....
To read the entire article, click HERE. 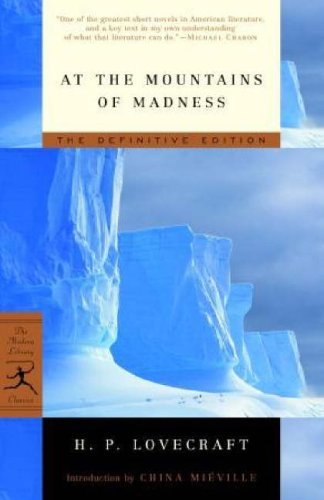 Posted by Robert Guffey at 8:42 AM