Paul Krassner, the greatest satirist of the twentieth century, passed away on July 21 at the age of 87. If you haven't read Krassner's many books, you're definitely missing out on an incomparable experience. His 1993 book CONFESSIONS OF A RAVING, UNCONFINED NUT (the title of which was provided to Krassner by none other than J. Edgar Hoover, who called Krassner "a raving, unconfined nut" in a declassified FBI document) is, in my estimation, the funniest autobiography ever published. 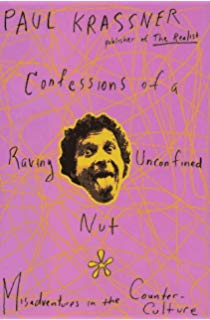 
"Among the icons of the 1960s counterculture, no one carried the torch in succeeding decades with more joy and vigor than Paul Krassner, who died on July 21 at the age of 87. He was writing witty, politically charged group e-mails to hundreds of devoted friends and planning new projects until his final earthly days.
"Born in Brooklyn, Paul was a child prodigy on classical violin who played a Vivaldi concerto in Carnegie Hall at age 6. In the 1950s he became a staff writer for Mad magazine; he began publishing his own satirical magazine, The Realist, in 1959.
"That year he interviewed Lenny Bruce for Playboy. Paul later edited Bruce’s autobiography, How to Talk Dirty and Influence People. Paul is most famous as one of the founders of the Yippies; he was an unindicted coconspirator in the trial of the Chicago Eight, who were arrested in connection with anti-war protests outside the 1968 Democratic National Convention.
"Yet Paul’s greatest legacy is The Realist, which he kept going for 43 years, until 2001. Among those he published were Norman Mailer, Dick Gregory, Jerry Garcia, Allen Ginsberg, Kurt Vonnegut, Groucho Marx (whom he turned on to LSD), Ken Kesey, Richard Pryor, Marshall McLuhan, Woody Allen, Mort Sahl, George Carlin, Neil Postman, Madalyn Murray O’Hair, Joseph Heller, Timothy Leary, Ram Dass, Barbara Garson (whose brilliant play MacBird Paul helped fund), Terry Southern (who called The Realist “the most important publication in the United States”), and artists Art Spiegelman and R. Crumb. Paul was the first to publish Mae Brussel’s theory on the JFK assassination, and he was a go-to source for conspiracy theorists.
"To me, the best parts of The Realist were Paul’s own pieces, which mixed anarchic humor and a nuanced progressive political agenda...."
Fortunately, you can still read the best of those pieces in Krassner's excellent collection How a Satirical Editor Became a Yippie Conspirator in Ten Easy Years (1971). Other essential Krassner books include The Winner of the Slow Bicycle Race (1996), Sex, Drugs, and the Twinkie Murders (2000), Murder at the Conspiracy Convention and Other American Absurdities (2002), One Hand Jerking: Reports From an Investigative Satirist (2005), Who's to Say What's Obscene? Politics, Culture and Comedy in America Today (2009), and Patty Hearst & the Twinkie Murders: A Tale of Two Trials (2014). Forthcoming is Krassner's final book, Zapped By the God of Absurdity, which will be released this September by Fantagraphics Books. Do yourself a favor and pre-order the book right HERE, right NOW! 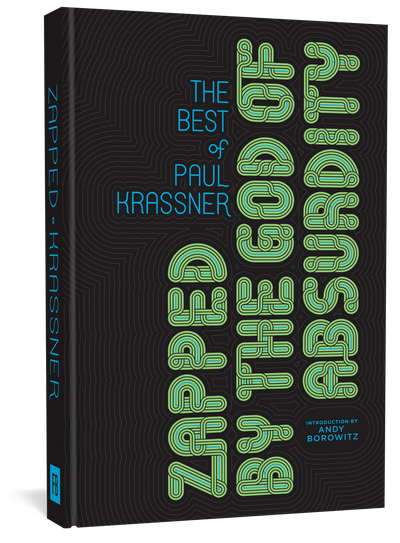