"Are They Repeating Conspiracy Theories?"

Asking people to call the police on family engaging in “conspiracy theories” is an idea that sounds like it comes out of China’s social credit system.

But it’s not. It’s happening in the United Kingdom.

Police in Manchester, England, are engaging in a social media campaign, requesting local residents to call police if any of their friends and family are engaging in “conspiracy theories.”

“Online platforms can be a fun world. Unfortunately, they can also be used to exploit vulnerable people. If you are worried that one of your friends or family is showing signs of radicalisation seek advice or call police on 101,” Greater Manchester Police said on Facebook.

101 is the non-emergency number to contact local police in the UK. 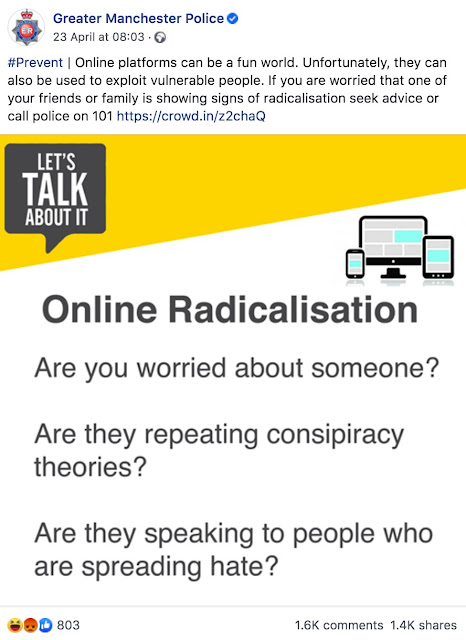