Bela Lugosi: Targeted By the FBI

The Parallax Views countdown to Halloween continues as we revisit the life and times of the actor most associated with Count Dracula, Bela Lugosi, with the world's foremost Bela Lugosi scholar Gary D. Rhodes. Gary previously joined us to discuss Lugosi's cinematic career from his runaway success and rise to superstardom courtesy of the Universal Studios classic Tod Browning's Dracula (1931) to his later years appearing in the notorious films of the infamous Ed Wood such as Plan 9 from Outer Space (1959) and Bride of the Monster (1955). In this conversation we shift our focus to the political life of Bela Lugosi including his involvement in the Hungarian Revolution of 1919, Gary's research into Bela's support of working classes causes, Lugosi's anti-fascism, and how Lugosi's early life may have shaped his politics. And then we delve into the little known story of how Lugosi headed up an organization called the Hungarian-American Council for Democracy. This led to Lugosi being monitored by the early U.S. intelligence agency known as the OSS, who referred to the HUACD as the "Dracula Council" and believed it to be a communist front organization. It turns out, however, that Lugosi was also informing the OSS on the activities of Hungarian fascists in the U.S. while those very same fascists reported on Lugosi to the same agency! It's a wild tale that Gary has dubbed a "Horror Noir" and it doesn't end with the OSS. In fact, Gary's scholarship, which involved digging through national archives and making Freedom of Information Act requests, shows that after WWII the FBI was monitoring Lugosi well into the 1950s when the horror icon's star had faded and he was close to death. It's a fascinating story and definitely one you won't want to miss this Halloween season as Gary D. Rhodes returns to Parallax Views!

(By the way, you can hear my own 9-15-18 appearance on Michael's PARALLAX VIEWS podcast right HERE.) 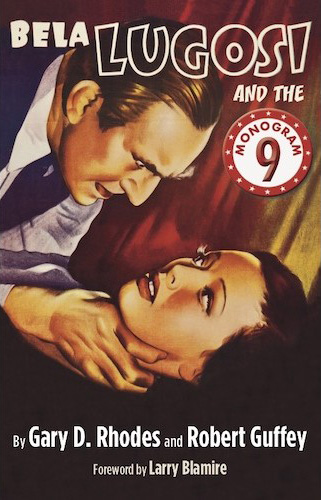 Posted by Robert Guffey at 3:00 PM