After a particularly vigorous All Hallows' Eve spent darting around the misty streets of Long Beach, California extracting adrenochrome from the pineal glands of helpless young waifs, Lucifer often relaxes by standing beside the Halloween Tree in the east corner of his vast occult library and consulting that quaint and curious volume of forgotten lore entitled BELA LUGOSI AND THE MONOGRAM NINE by Messrs. Gary D. Rhodes and Robert Guffey. Lucifer sez, "I wholeheartedly endorse this book! It's as illuminating as THE NECRONOMICON, but without all those weird words I can't pronounce!" As a film book, Lucifer gives it 9 out of 10 stars. As a bedtime story, he gives it a full 10 out of 10 stars. As a manual for Mephistophelian mischief, he gives it 13 out of 10 stars. Who can argue with the Prince of Lies? Not I, sez me, not I! 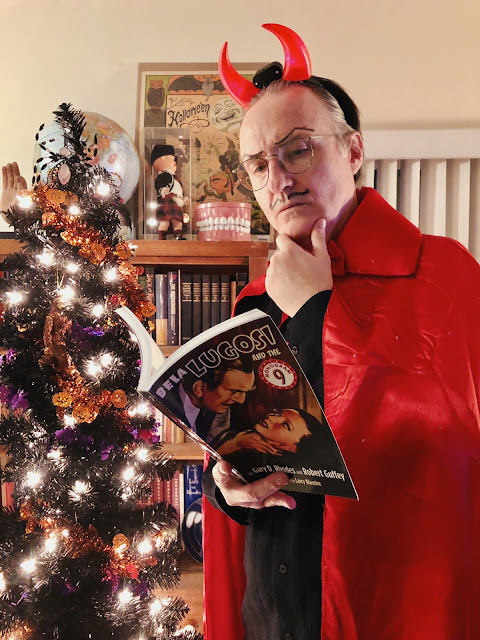 Posted by Robert Guffey at 3:00 AM