In the following excerpt from his 1977 book Language and Responsibility, linguist and political activist Noam Chomsky confirms the existence of gangstalking as far back as the 1950s (Chameleo readers will no doubt notice the important role San Diego plays in Chomsky's testimony here):


"...in San Diego the FBI apparently financed, armed, and controlled an extreme right-wing group of former Minute Men, transforming it into something called the Secret Army Organization specializing in terrorist acts of various kinds. I heard of this first from one of my former students, who was the target of an assassination attempt by the organization. In fact, he is the student who had organized the debate on economics that I told you about a little while ago, when he was still a student at MIT. Now he was teaching at San Diego State College and was engaged in political activities — which incidentally were completely nonviolent, not that this is relevant.

"The head of the Secret Army Organization — a provocateur in the pay of the FBI — drove past his house, and his companion fired shots into it, seriously wounding a young woman. The young man who was their target was not at home at the time. The weapon had been stolen by this FBI provocateur. According to the local branch of the ACLU, the gun was handed over the next day to the San Diego FBI Bureau, who hid it; and for six months the FBI lied to the San Diego police about the incident. This affair did not become publicly known until later.

"This terrorist group, directed and financed by the FBI, was finally broken up by the San Diego police, after they had tried to fire-bomb a theater in the presence of police. The FBI agent in question, who had hidden the weapon, was transferred outside the state of California so that he could not be prosecuted. The FBI provocateur also escaped prosecution, though several members of the secret terrorist organization were prosecuted. The FBI was engaged in efforts to incite gang warfare among black groups in San Diego, as in Chicago, at about the same time. In secret documents, the FBI took credit for inciting shootings, beatings, and unrest in the ghetto, a fact that has elicited very little comment in the press or journals of opinion.

"This same young man, incidentally, was harassed in other ways. It appears that the FBI continued to subject him to various kinds of intimidation and threats, by means of provocateurs. Furthermore, according to his ACLU attorneys, the FBI supplied information to the college where he was teaching that was the basis for misconduct charges filed against him. He faced three successive inquiries at the college, and each time was absolved of the charges brought against him. At that point the chancellor of the California state college system, Glenn Dumke, stated that he would not accept the findings of the independent hearing committees and simply dismissed him from his position. Notice that such incidents, of which there have been a fair number, are not regarded as 'totalitarianism' in the university.

"The basic facts were submitted to the Church Committee by the ACLU in June 1975 and also offered to the press. As far as I know, the committee did not conduct any investigation into the matter. The national press said virtually nothing about these incidents at the time, and very little since. There have been similar reports concerning other government programs of repression. For example, Army Intelligence has been reported to have engaged in illegal actions in Chicago. In Seattle, fairly extensive efforts were undertaken to disrupt and discredit local left-wing groups. The FBI ordered one of its agents to induce a group of young radicals to blow up a bridge; this was to be done in such a manner that the person who was to plant the bomb would also be blown up with it. The agent refused to carry out these instructions. Instead, he talked to the press and finally testified in court. That is how the matter became known. In Seattle, FBI infiltrators were inciting arson, terrorism, and bombing, and in one case entrapped a young black man in a robbery attempt, which they initiated and in the course of which he was killed. This was reported by Frank Donner in the Nation, one of the few American journals to have attempted some serious coverage of such matters.

"There is a good deal more of this. But all these isolated cases only take on their full meaning if you put them into the context of the policies of the FBI since its origins during the post-World War I Red scare, which I will not try to review here. The Cointelpro operations began in the 1950s, with a program to disrupt and destroy the Communist Party. Although this was not officially proclaimed, everybody knew something of the sort was going on, and there were very few protests; it was considered quite legitimate. People even joked about it."

You can read the entire article by clicking HERE. 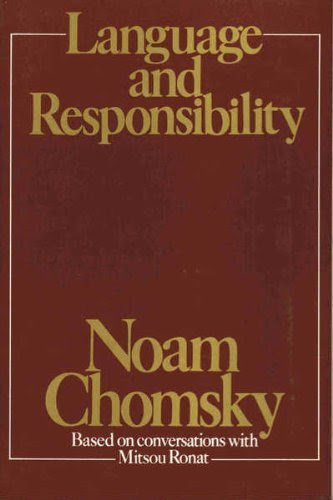 Posted by Robert Guffey at 1:04 AM