No Jokes, Please: The Weird, Crooked Road to UNTIL THE LAST DOG DIES 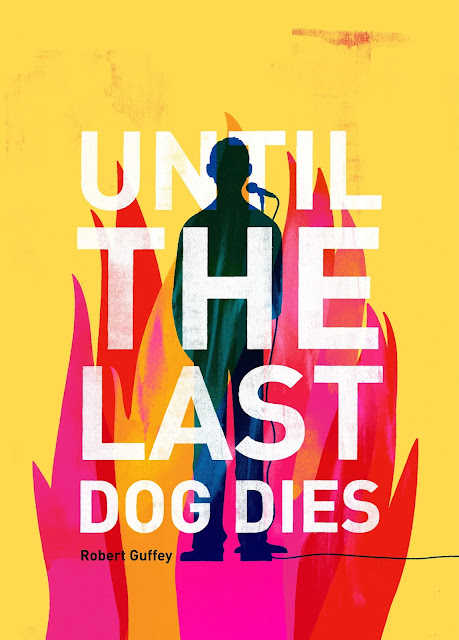 Rachel Pollack, the World Fantasy Award winning author of such sui generis novels as Unquenchable Fire and Temporary Agency, kickstarted my novel Until the Last Dog Dies without realizing it.  When I was attending the Clarion Writers Workshop during the summer of 1996, during the final week of the workshop, Rachel gave the students a unique assignment:  to dream up an idea that was unimaginable.  My fellow student, Justina Robson, came up with the following:  “Imagine a universe without the concept of God.”  This intrigued me, as the implications of the concept were so vast that they seemed to defy any attempt at fictionalization.

A few days later, while waiting in an unusually long line at the Seattle airport during that pre-9/11 era, I glanced up and saw something I’d never noticed before:  a glowing, rectangular sign that read “NO JOKES, PLEASE.”


Of course, the purpose of the sign was to discourage people from making casual comments about having thermonuclear warheads tucked away inside their luggage.  Haunted by Rachel’s mind-bending assignment, however, I chose to interpret the sign in a completely different way.  The characters, the locale, and the basic plot of a most peculiar tale began to percolate in my brain at that moment.  The first few bricks in the weird, crooked road to Until the Last Dog Dies had just begun to be laid down.


When I eventually began writing the story that became Until the Last Dog Dies, I asked myself, “How would the world look if people began losing their innate sense of humor, slowly, over a period of months or even years due to a virus that affects only the humor centers of the brain?”  My initial assumption was that this would require complex world-building skills on my part.  Two seconds later, the obvious, dreadful answer came hurtling back at me:  “It would look exactly like the world in which you’re living now.”  No world building skills required.  Just open your eyes and look.  What evolved from this process was a contemporary novel built on what at first appeared to be a completely science fictional concept.  The result:  a science fiction novel for people who don’t like science fiction.


Almost all my short stories and novellas were written within a relatively short amount of time.  The road that led to Until the Last Dog Dies, however, branched off into several byways, almost all of them dead ends.  At one point this novel was over six hundred pages long and told from the point of view of various comedians.  I knew, instinctively, that something was way off with this approach.


Sometimes you have to back away from something to get a more complete view of it, so that’s what I had to do with Until the Last Dog Dies.  I put the manuscript away for a while, refused to even think about it.  But I discovered that I had to return to the idea when I realized that the world around me was growing more and more like the “slant” world of Until the Last Dog Dies.  Eventually, I realized what should have been obvious from the beginning:  I was overcomplicating an idea that’s main asset was its utter simplicity.  It became clear—in a dramatic flash of heavenly illumination—that the entire story had to be told from the point of view of Elliot Greeley, who was always destined to be the main protagonist.  For you writers out there who find yourselves stalled on a project, and you’re not quite certain why, just know that the answer to your problem will often reveal itself to you when you stop thinking about it.


This novel ends with the Presidential election of 2016, despite the fact that I finished writing it during the summer of 2015.  By the spring of 2016 the novel had been sold to Night Shade/Skyhorse, so it was very peculiar to watch some of the stranger aspects of this story come to life in the real world while this book was heading towards publication.  In fact, if I may say so myself (and I will), I don’t think there’s a more relevant novel than Until the Last Dog Dies in bookstores at the moment, though I wish this was not the case.  If you hadn't noticed, the trend these days—from both the left and right ends of the political spectrum—seems to be an extreme push toward UTTER AND COMPLETE SERIOUSNESS.  At one time the court jester—the standup comedian—was the one person on the planet who could get away with skewering an entire culture without being burned at the stake.  Now even the most successful comedians are on Imagination Lockdown, as they need to spend more time worrying about social media shit storms than doing what they do best:  telling the truth (as Emily Dickinson once famously wrote) by telling it “slant.”  Ernest Hemingway once said that you know you’re living in a banana republic if the buses don’t run on time, but you can buy a lottery ticket on every corner.  I would amend that statement by saying you know you’re living in a banana republic when even the comedians are too terrified to be offensive.  As Charles Fort, one of my main influences, once wrote, “I do not know how to find out anything new without being offensive.”


If Ezra Pound was correct when he said that the poet is “the antennae of the race,” then poets—artists of all sorts, including standup comedians—have to do everything they can to resist this trend toward UTTER AND COMPLETE SERIOUSNESS that attempts to overwhelm the imagination of an entire society with fundamentalist restrictions forged in the hollow minds of creatively-challenged automatons.


The ultimate cure for the humor virus is A) resisting the order of the day and, of course, B) buying a copy of Until the Last Dog Dies.  Feel free to laugh your ass off… yes, even if the humor feels somewhat “inappropriate” at times.  The truth, you see, is that nothing’s inappropriate in the ethereal realms of the human imagination.


Oh, and those of you who find yourselves reading the novel with a leaden expression plastered on your roadmap of a mug… well, you may want your family doctor to test you for telltale signs of that pesky humor virus.  As you will soon learn when reading Until the Last Dog Dies, those unfortunates infected with the humor virus are often the last to realize it.  Beware.

Now let’s end on one of my favorite quotes, profound enough to be a religious mantra:


“Because you know what they say about honey bears/When you shave off all their baby hair/You've got a hairy minded pink bare bear.”


To buy a copy of Until the Last Dog Dies, click HERE. 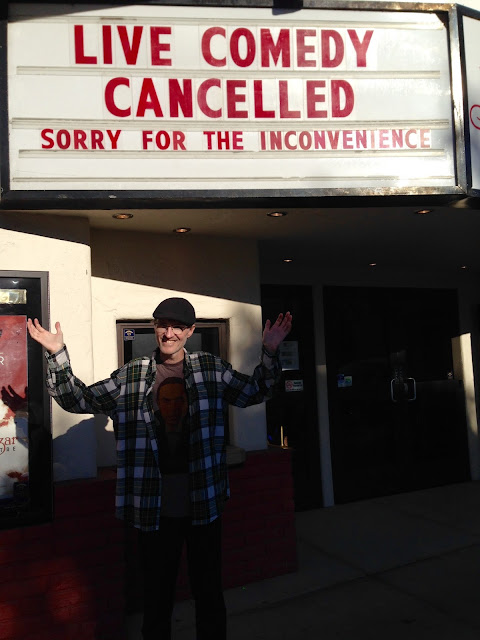