THE GODS OF EDEN

"New AIDS-like immune-destroying viral diseases are being predicted by the World Bank, and a group of doctors from the United States was sent on a five-year mission to Africa in March 1990 to find new viral diseases and conduct other activities. The grant money for this mission was provided by the U.S. government's principle AIDS research agency: the Institute for Allergy and Infectious Diseases. One of the doctors, Nicholas Lerche from the University of California at Davis, is quoted on page A8 of the March 15, 1990 issue of the San Francisco Chronicle: 'This is the problem of what we're beginning to recognize as emerging viral diseases, and there may well be other animal viruses waiting in the wings to move into humans and ultimately to cause new diseases.' In light of allegations and evidence that AIDS may have been induced deliberately into human populations, there are some legitimate concerns about how the new diseases discovered by the doctors may be used by some of those people sponsoring the research.

"By the time you read this, many new events will have occurred. Leaders, political personalities, and institutions will come and go from the world scene; warring factions will continue to arise and disappear. I hope that the long-term historical patterns described in this book will provide an interesting, and perhaps useful, tool for investigating the causes of future conflicts as they occur. Better yet, we can hope that this book will one day become nothing more than a reminder of a bad dream from which we have all managed to awaken ourselves." 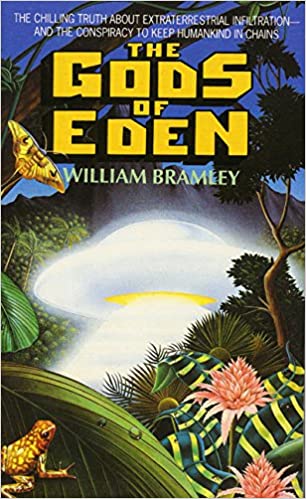 Posted by Robert Guffey at 2:01 AM