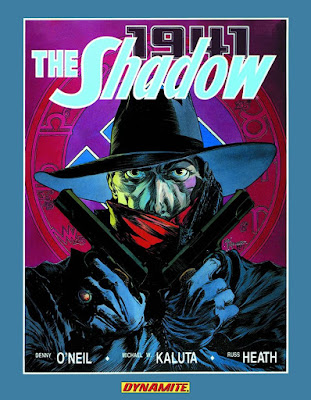 What follows is an excerpt from Mark Evanier's 6-12-20 News From ME obituary for Denny O'Neil:

"Denny O'Neil, one of the outstanding comic book writers of his generation, has died at the age of 81. He died at home of natural causes, we're hearing, and those who knew of his recent health problems are not surprised. I spoke to him about four months ago and he was talking then about not having much time left. I'll tell you in a moment what I called him to talk about because it might interest you.

"Denny had been a reporter writing about comic books in the sixties and then he moved on to become a writer of comic books in the sixties. He always said he owed his new career to two people — Roy Thomas, who suggested Denny try out for a writing job at Marvel (which he got) and Dick Giordano, who was then the editor at Charlton. When the work for Marvel dried out, Dick kept Denny busy writing for Charlton — sometimes under the name Sergius O'Shaugnessy — and then when Dick moved over to DC, he took Denny with him. Before long, Denny was the main writer of Batman and a little later, of Superman. He wrote most of DC's main books at one time or another and often worked as an editor there.

"His scripts for Charlton had been way better than Charlton deserved for the low rates they paid. His scripts for DC were way better than the higher rates DC paid. He had a way of infusing old strips with fresh approaches. A lot of people credited him for bringing 'relevance' to comics, crafting stories about current events and issues, most visibly in the acclaimed Green Lantern-Green Arrow series he did with artist Neal Adams. I thought it was a matter of Denny just trying to move comics a little more into the real world at a time in the early seventies when most comics could have been set in the forties without making much difference. 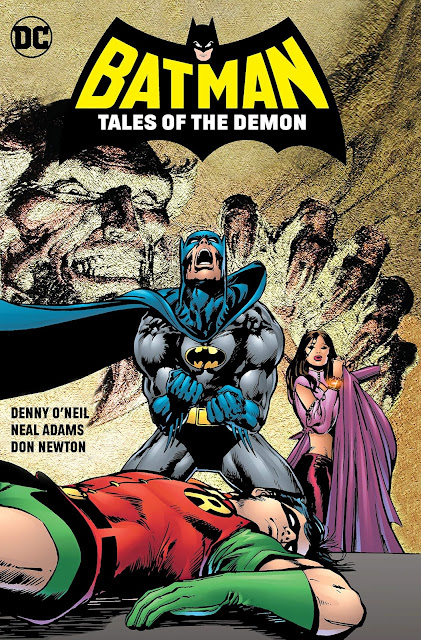 "Green Lantern-Green Arrow was, as noted, critically acclaimed. I was more impressed with what he did with Batman, and not just the stories he wrote of that hero that were drawn by Adams. You could tell that a lot of the other writers of the Caped Crusader were at least starting with Denny's Batman and building on what he'd done. I was also really impressed with a run he did later on Iron Man for Marvel. Denny had never been coy about discussing his own problems with 'substance abuse' and while it was risky to explore those themes in Iron Man, it made for one of the most personal runs of a comic of its kind. 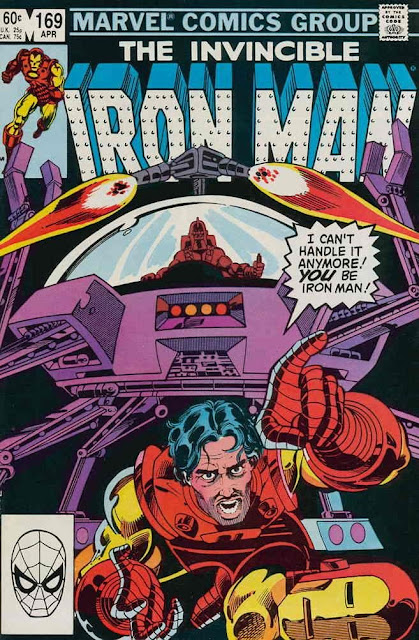 "Actually, I was impressed with just about everything Denny did and the few times I got to work with him in an editor/writer relationship, I found him to be as good at editing as he was at writing, which was very good indeed. He was also a very conscientious writer, willing to mentor others and help out in any righteous cause."

I'd like to second Evanier's endorsement of O'Neil's IRON MAN run. O'Neil's tenure on that book was far superior to most of the other comic books Marvel was publishing in the 1980s. I recall one vivid moment in my childhood that revolves around O'Neil's IRON MAN. I'd like to think O'Neil would have been amused by this....

When I was about thirteen, every morning on my way to J.H. Hull Middle School in Torrance, I would stop by my friend Brian's house. From there, the two of us would walk a few blocks and meet this kid Tommy outside his grandparents' pleasant little home on the corner of Arlington and Plaza Del Amo. We would usually meet Tommy on the sidewalk just outside the house. On this particular day, Tommy's grandparents invited us inside for some reason (I can't remember why).

All three of us took a seat in the warm, dimly lit living room. The grandparents started chatting with us. Somehow, the topic of comic books came up, maybe because Tommy and I both read them. The grandmother turned to me and said, "So... what are your favorite comic book characters?" She had a thick Southern accent. I believe they had recently moved to Torrance from Kentucky.

Without even thinking about it, I said the first words that popped into my head: "Well, you see, Tony Stark... he's Iron Man... he used to be this rich businessman/scientist in New York, but now he's a total, complete alcoholic. I mean, he's just wrecked. He's got the shakes, the DT's, the whole nine yards, and he's, like, hallucinating reptiles and stuff, y'know? So he can't be Iron Man anymore. He's wandering around on Skid Row somewhere. He's sloshed. Someone's got to take his place! So this jet pilot who works for Tony has to step in and start wearing the Iron Man armor while Tony's out licking spit up off the sidewalk when he's not sleeping under a streetlamp someplace. This pilot's name is Rhodes, Jim Rhodes. Oh, and Jim's black, by the way."

I ceased talking when I noticed that the grandmother's face had gone pale. She turned away from me and cast a dark, concerned look at the grandfather, who just glared at me and shook his head in utter disgust.

I now realized I had said something wrong. The living room felt chilly all of a sudden.

Brian laughed and said, "Just calm down." Then he turned to the grandmother and said, "He's kidding. He gets excited sometimes. None of that weird stuff's really in the comics."

I was confused. I just decided to shut my trap rather than make the situation even worse.

When we got outside, Tommy said angrily, "Why'd you have to go and say all that stuff? Now they're not gonna let me buy comics anymore!"

"But... why?" I asked. His face turned red with anger as he shook his head in frustration. It was as if I shouldn't even have had to ask such a stupid question.

To this day I don't know if the grandparents were more disgusted by the fact that Tony Stark was an alcoholic or that the new Iron Man was black. Perhaps it was a combination of the two?

(FYI: It just occurred to me that Tommy's father was not exactly known as the neighborhood teetotaler, so maybe alcoholism was a somewhat sensitive topic in that particular household.)

These days the Comicsgate crowd would no doubt accuse Denny O'Neil of "virtue signalling" for the progressive stories he wrote during his tenure on IRON MAN (and many other superhero comic books as well, especially his groundbreaking run on GREEN LANTERN/GREEN ARROW), but I suspect O'Neil's writing was fueled more by a genuine need to exorcise his own demons rather than any artificial desire to shoehorn au courant political topics into his work. After all, as filmmaker Sergei Eisenstein once said, "There is no apolitical art."

Anyway... all I know is that I was never invited into that house again. And I have Denny O'Neil to thank for that.

THE CREEPER BY STEVE DITKO

THE PRIVATE FILES OF THE SHADOW

BATMAN: TALES OF THE DEMON 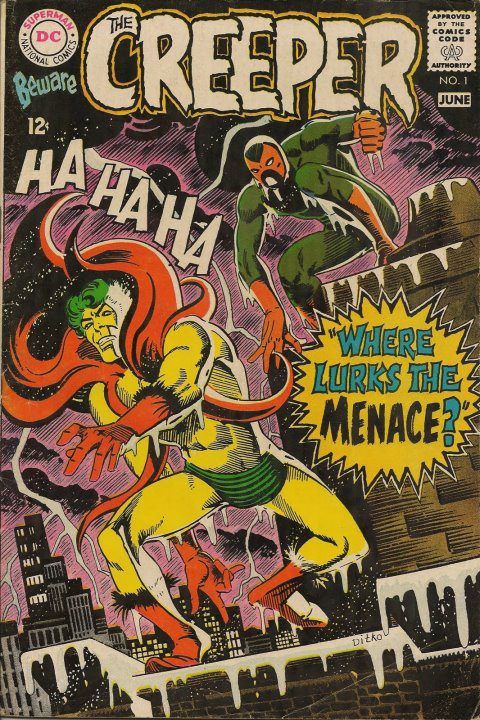 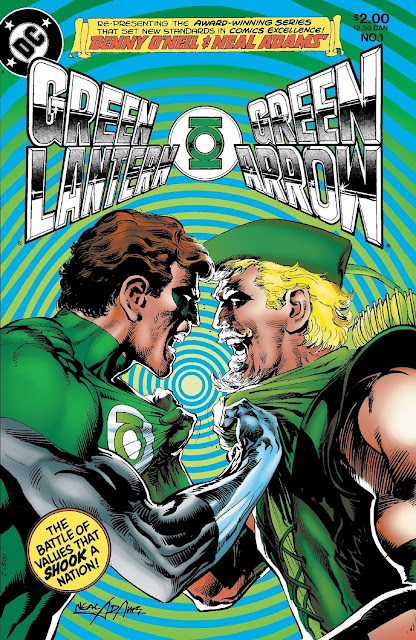 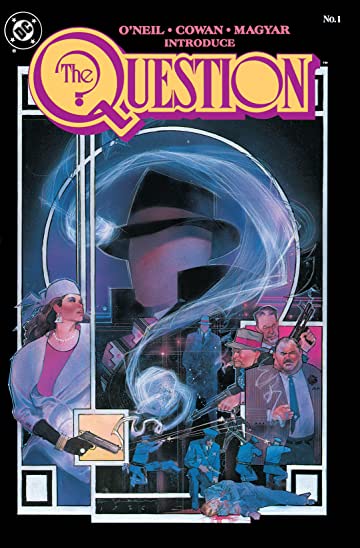 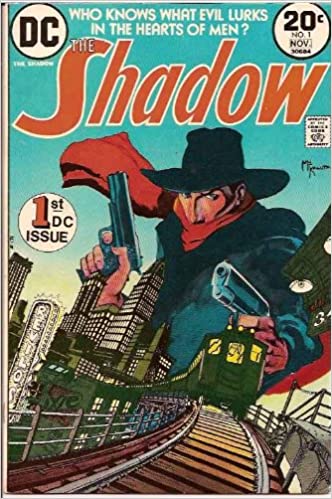 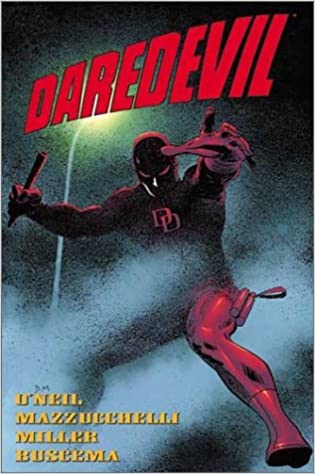