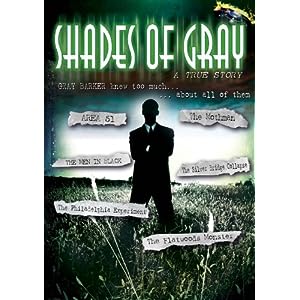 Posted by Robert Guffey at 2:20 PM No comments:

The Cryptocracy Is Watching You

Today, after just one day of rushed debate, the Senate shamefully voted on a five-year extension to the FISA Amendments Act, an unconsitutional law that openly allows for warrantless surveillance of Americans' overseas communications.

Incredibly, the Senate rejected all the proposed amendments that would have brought a modicum of transparency and oversight to the government's activities, despite previous refusals by the Executive branch to even estimate how many Americans are surveilled by this program or reveal critical secret court rulings interpreting it.

The common-sense amendments the Senate hastily rejected were modest in scope and written with the utmost deference to national security concerns. The Senate had months to consider them, but waited until four days before the law was to expire to bring them to the floor, and then used the contrived time crunch to stifle any chances of them passing.

Sen. Ron Wyden's amendment would not have taken away any of the NSA's powers, it just would have forced intelligence agencies to send Congress a report every year detailing how their surveillance was affecting ordinary Americans. Yet Congress voted to be purposely kept in the dark about a general estimate of how many Americans have been spied on.

Read the entire article HERE.
Posted by Robert Guffey at 7:22 PM No comments:

The Simple Art of Distraction

With Senate poised to act as early as Thursday night to renew the foreign surveillance bill that authorized the Bush administration's secret warrantless wiretapping program, civil liberties advocates are getting deja vu.

With only the Senate's vote standing in the way of renewal, the debate over the Foreign Intelligence Surveillance Act Amendments Act in 2012 is looking strikingly similar over to the debate over the bill in 2008. The White House is pushing for a quick, "clean" reauthorization without any amendments before the bill's Dec. 31 expiration date. Congress seems to be showing little inclination to press for more. And civil liberties advocates, along with a few Senate allies, are criticizing the measure, arguing that basic details of the warrantless wiretapping program remain unknown.

Or, as Michelle Richardson, legislative counsel with the ACLU's Washington office, put it, "I bet [Bush] is laughing his ass off."

Santa Was a Mushroom!

In case you ever suspected that Santa Claus might be a clever, phantasmagoric metaphor for the psychedelic Amanita muscaria mushroom, here’s your chance to prove your instincts correct.

The following is an excerpt from a 2007 documentary entitled The Pharmacratic Inquisition directed by Jan Irvin and Andrew Rutajit.  This brief nine minute clip comes to you courtesy of YouTube and is highly recommended for your Yuletide viewing pleasure:  “Come one, come all, girls and boys; please click HERE for Christmas joy!”

Posted by Robert Guffey at 1:20 AM No comments:

From Ray Villard's 12-16-12 Discovery.com article entitled "Are We Living Inside a Computer Simulation?":

In 2003, British philosopher Nick Bostrom published a paper that proposed the universe we live in might in fact really be a numerical computer simulation. To give this a bizarre Twilight Zone twist, he suggested that our far-evolved distant descendants might construct such a program to simulate the past and recreate how their remote ancestors lived.

He felt that such an experiment was inevitable for a supercivilization. If it didn't happen by now, then in meant that humanity never evolved that far and we're doomed to a short lifespan as a species, he argued.

To extrapolate further, I'd suggest that artificial intelligent entities descended from us would be curious about looking back in time by simulating the universe of their biological ancestors.

As off-the-wall as this sounds, a team of physicists at the University of Washington (UW) recently announced that there is a potential test to seen if we actually live in The Lattice. Ironically, it would be the first such observation for scientifically hypothesized evidence of intelligent design behind the cosmos.

Villard's article can be seen in its entirety HERE.

Katherine Long's 12-15-12 Seattle Times article, "Living in a Simulated World," reports on the very same study in a somewhat more concise manner and can be read HERE.

Posted by Robert Guffey at 12:30 AM No comments:

Loren Coleman has been uncovering some fascinating and disturbing synchronicities among the recent massacre, the Clackamas mall shooting, and the theatre murders on his Twilight Language blog.  Just one example:

Intriguingly, a new sync popped up, as mentioned in the following comment left on the Daily Mail's site:

2 Mass Shootings Connected To Libor Scandal.  The father of school shooter Adam Lanza is Peter Lanza who is a VP and Tax Director at GE Financial.  The father of [the alleged] movie theater shooter James Holmes is Robert Holmes, the lead scientist for the credit score company FICO.  Both men were to testify before the US Sentate in the ongoing LIBOR scandal. The dots are connecting. - Abbs, , 16/12/2012 22:15

The London Interbank Offered Rate, known as Libor, is the average interest rate at which banks can borrow from each other. Sixteen international banks have been implicated in this ongoing scandal, accused of rigging contracts worth trillions of dollars. HSBC has already been fined $1.9 billion and three of their low level traders arrested.

All of this is well worth checking out, but see these posts in particular:

What's Next? Beyond Newtown and the Mayan Calendar

Loren Coleman, famed cryptozoologist (author of such excellent Fortean books as Mysterious America, Mothman and Other Curious Encounters, Tom Slick and the Search for the Yeti, True Giants, Creatures of the Outer Edge, etc.) just selected Cryptoscatology: Conspiracy Theory as Art Form for his annual Top Ten list.  If you want to see the full list, click HERE!
Posted by Robert Guffey at 12:11 PM No comments: