Homeland Security Drone Crashes Off the Coast of San Diego

Echoes of my Fortean Times article, "Strange Tales of Homeland Security," continue to resonate in mainstream news reports.  For example, see Alicia Caldwell's 1-28-14 Associated Press article about a Homeland Security drone that crashed into the Pacific Ocean--significantly, just off the coast of San Diego--after developing unknown mechanical problems.  One of the main focuses of my FT article, of course, was the inextricable link between roving surveillance drones and the intelligence milieu that fuels the infrastructure of San Diego.  To read Caldwell's entire article, click HERE.  (The same story was also covered by Infowars.com HERE.)

Posted by Robert Guffey at 4:50 PM No comments:

Speaking of John A. Keel... his classic 1975 book, The Eighth Tower, has now been republished by Anomalist Books.  Loren Coleman, Keel's friend and colleague, writes about this long overdue event in a recent blog entry entitled "UFO Name Game Hits Shootings" in which he applies Keel's study of "name selectivity" to the spate of mass shootings now plaguing the U.S.  You can read Coleman's analysis HERE, and you can order The Eighth Tower HERE. 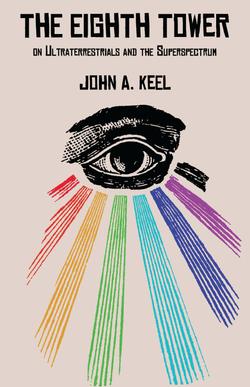 Posted by Robert Guffey at 9:58 PM No comments:

My article entitled "Captain America Meets Big Brother," which analyzes the prescient qualities of Jack Kirby's 1970s science fiction comic book OMAC, can be found in the latest issue of John Morrow's excellent magazine, The Jack Kirby Collector (#62).  Kirby's OMAC was a short-lived dystopian comic book series about Buddy Blank, an employee of a multinational corporation called Pseudo-People, Inc., who is chosen by the Global Peace Agency to undergo an experiment that transforms him into a superhuman One Man Army Corps (hence the acronym, "O.M.A.C.").  A scientist named Dr. Myron Forest performs "electronic surgery" on Mr. Blank, which succeeds in connecting Blank, body and soul, with a sentient orbiting satellite known as Brother Eye.  The intimidating symbol on OMAC's chest is the all-seeing eye, symbolizing the fact that a target, once chosen, cannot easily escape OMAC's field of vision. 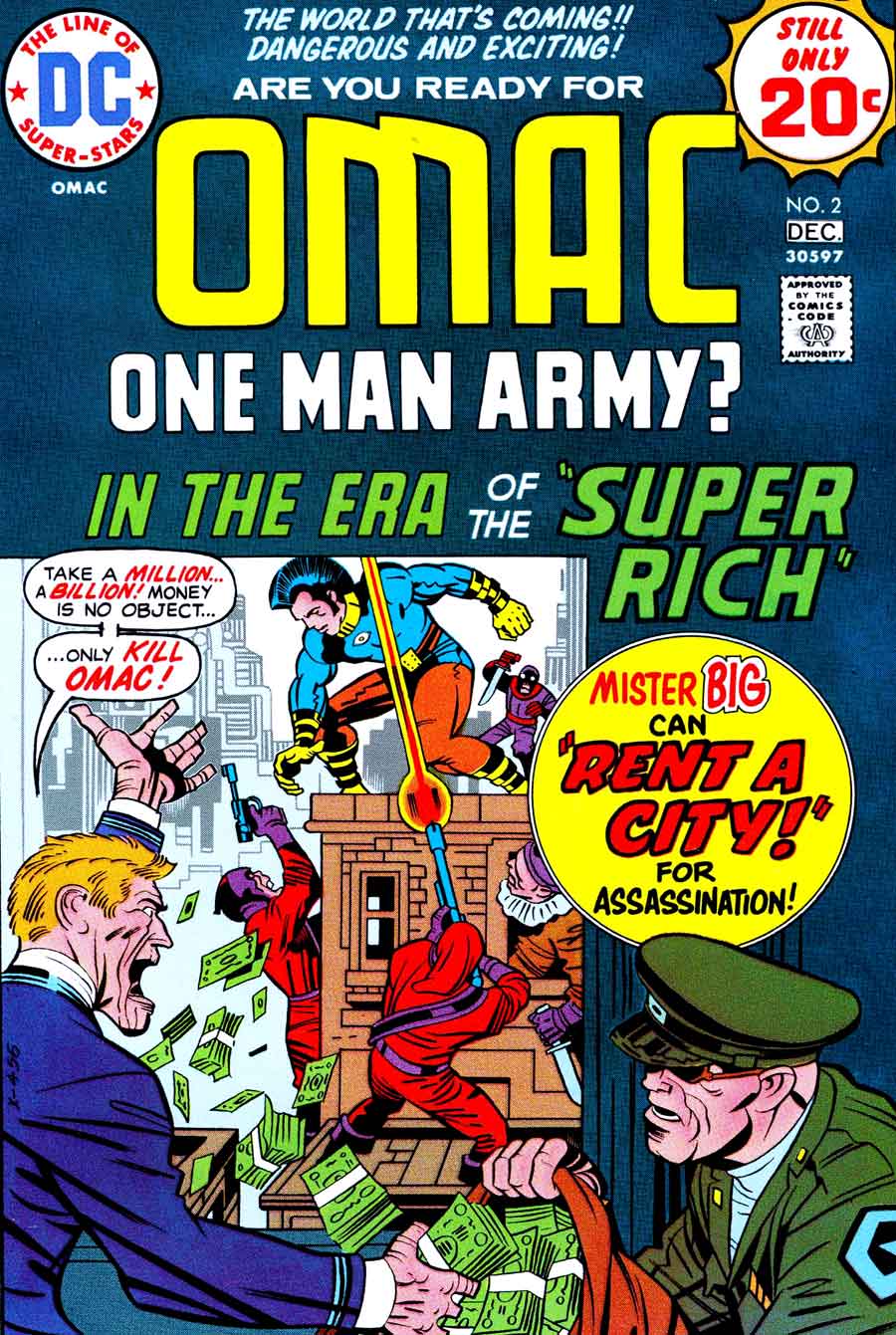 This darkly humorous superhero saga accurately anticipates the effects of such present day technological trends as "smart bombs" (yes, that's actually what Kirby calls them in the comic book), virtual reality entertainment devices, reconnaissance satellites, genetic and social engineering run amok, and even fantasy sex dolls.  If you're interested in learning more about Kirby's uncanny prognosticative talents, then I urge you to read "Captain America Meets Big Brother."  Simply click HERE to order a copy of The Jack Kirby Collector #62. As far as I can tell, Jon Rappoport is the only American journalist asking the right questions about the ongoing Edward Snowden controversy.  To understand what I mean, simply click HERE and read Rappoport's 1-15-14 article entitled "The 36 Mysterious Days of Edward Snowden."
Posted by Robert Guffey at 12:08 AM No comments:

Hollywood and the CIA

In Chapter Five of Cryptoscatology I touched on the intersection between Hollywood and the Central Intelligence Agency.  This same intersection is the subject of Ken Dilanian's 1-10-14 Los Angeles Times article entitled "Hollywood Figures Spied for CIA, Book Asserts."  What follows is a brief excerpt:

"It’s well known that Hollywood loves a good spy story. But what is also true, according to a new memoir by a former senior CIA official, is that movie makers regularly do some real-life spying.


"'The CIA has long had a special relationship with the entertainment industry, devoting considerable attention to fostering relationships with Hollywood movers and shakers—studio executives, producers, directors, big-name actors,' John Rizzo, the former acting CIA general counsel, wrote in his new book, Company Man: Thirty Years of Crisis and Controversy in the CIA.

"People might assume that since Hollywood leans to the political left, the CIA’s relationships 'would be with the sort of conservative picket of Hollywood,' Rizzo said in an interview. 'Well, that’s not true.  People one would normally associated with liberal causes have assisted CIA.'

"Alas, Rizzo is prohibited from naming names. They are classified. The CIA declined to comment.

"He did, however, provide some detail about the types of help the agency has solicited from Hollywood. At times, Rizzo said, film makers will be asked to allow a CIA operative to pose as a member of their crew, particularly if a movie is being filmed in a country where the spy agency has difficulty operating.

"The CIA also recruits actors to give more visibility to propaganda projects abroad, such as a documentary secretly produced by the agency, Rizzo said. And the agency sometimes takes advantage of the door-opening cachet that movie stars and other American celebrities enjoy. A star who met a world leader, for example, might be asked for details about that meeting.

"The CIA has officials assigned full time to the care and feeding of Hollywood assets, Rizzo wrote.  Other former CIA officials added that some of those operatives work in the Los Angeles office of an agency department called the National Resources Division, which recruits people in the U.S. to help America spy abroad.

The entire article can be read HERE.
Posted by Robert Guffey at 3:24 PM No comments: