The True Purpose of the Edward Snowden Story

"...the slow-drip method of releasing [the Edward] Snowden files is quite useful. It appears to be a smart journalistic strategy, to 'keep the issue before the public so that a true debate about government secrecy and spying can take place.'

"But the debate isn’t effective. The NSA isn’t being curbed. If one of its channels of snooping is cut back, another one will emerge.

"That’s the goal. And in that sense, it doesn’t really matter whether the NSA is blanketing the populace with its programs. It only matters that people believe it’s happening."

To read the entirety of this extremely important article, simply click HERE.
Posted by Robert Guffey at 12:22 AM No comments:


A US technology company which had 20 senior staff on board Malaysia Airlines Flight MH370 had just launched a new electronic warfare gadget for military radar systems in the days before the Boeing 777 went missing.

Freescale Semiconductor, which makes powerful microchips for industries including defence, released the powerful new products to the American market on March 3.

Five days later, Flight MH370 took off from Kuala Lumpur for Beijing with 239 people on board including 20 working for Freescale.

Twelve were from Malaysia, while eight were Chinese nationals.

Freescale’s spokesman Mitch Haws has said: “These were all people with a lot of experience and technical background and they were very important people.

“It’s definitely a loss for the company.”

Carlyle’s previous heavyweight clients include the Saudi Binladin Group, the construction firm owned by the family of Osama bin Laden.

The fact that Freescale had so many highly qualified staff on board the Boeing 777 had already prompted wild conspiracy theories about what might have happened.

The company says they were flying to China to improve its consumer products operations, but Freescale’s fresh links to electronic warfare technology is likely to trigger more speculation and deepen the mystery....

To read Jeory’s entire article, click HERE.
Posted by Robert Guffey at 12:21 AM No comments:

I just learned a couple of hours ago that Lucius Shepard, one of our greatest short story writers, passed away on March 18 at the age of 66.  If you’ve never read his collections, particularly THE JAGUAR HUNTER and THE ENDS OF THE EARTH, then you’re missing out on some of the most evocative and challenging American short stories of the past thirty years.  Despite the fact that they never appeared in THE YEAR’S BEST AMERICAN SHORT STORIES (and perhaps that shouldn’t be surprising), many of his tales were finely honed dark jewels:  “The Jaguar Hunter,” “How the Wind Spoke at Madaket,” “The Man Who Painted the Dragon Griaule,” “A Spanish Lesson,” “The Ends of the Earth,” “The Black Clay Boy,” and “The Scalehunter’s Beautiful Daughter” are all REQUIRED reading.  Rest In Peace, Lucius. 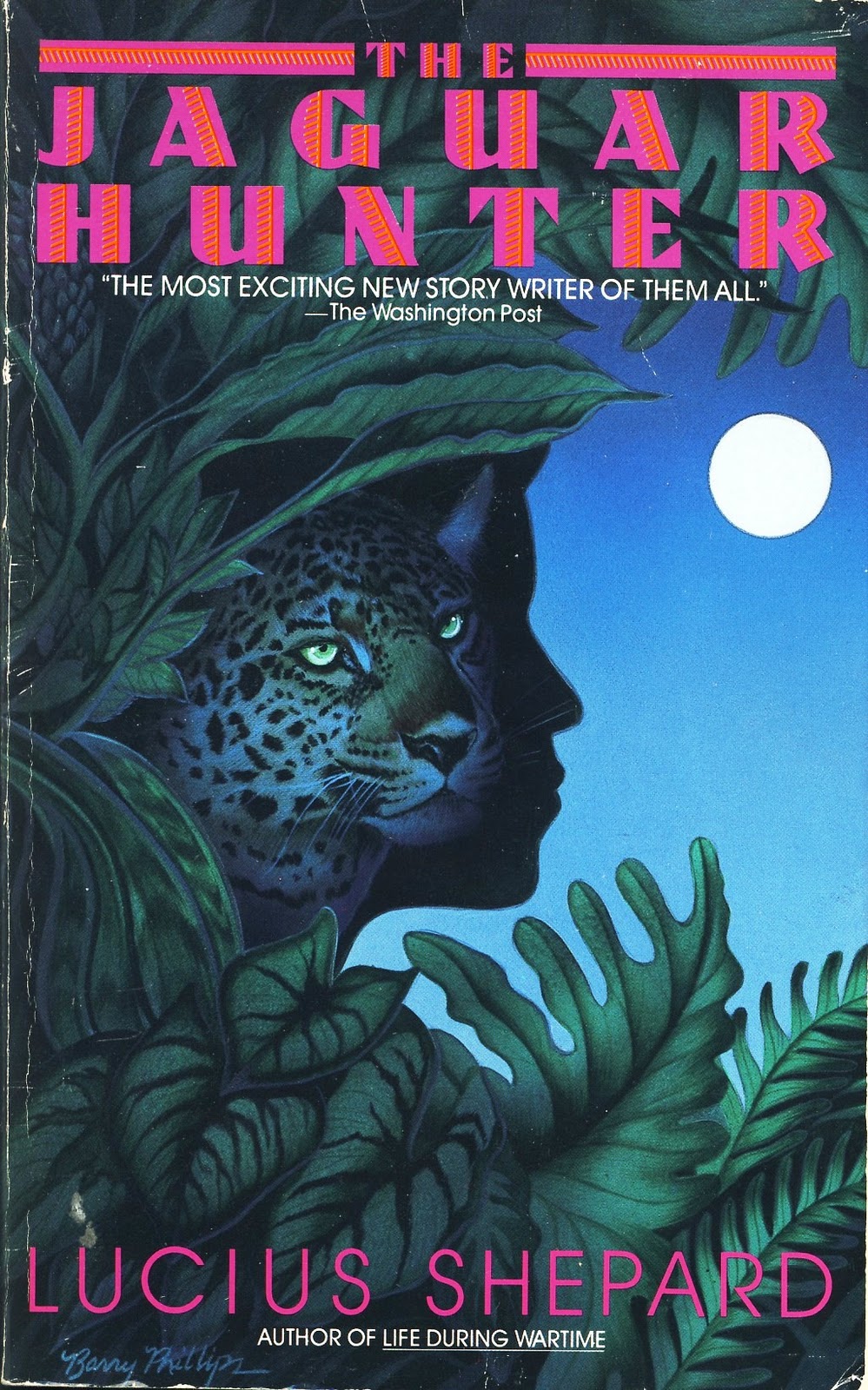 Posted by Robert Guffey at 6:44 PM No comments:

It’s already well known that in the 1960s and ‘70s a slew of mysterious deaths occurred in the wake of the JFK assassination.  These 100-plus deaths have been chronicled by such investigative journalists as Jim Marrs in his 1989 book Crossfire:  The Plot that Killed Kennedy (see the section entitled “Convenient Death”), a revised and updated edition of which was recently published by Basic Books.  (To purchase a copy of Crossfire, click HERE.)

In the 1980s, two decades after the 11/28/63 murder of 22-year-old actress Karyn Kupcinet (the first of the “convenient deaths” tied to the JFK assassination—leaving aside, of course, the 11/22/63 assassination of Dallas police officer J. D. Tippit and the 11/24/63 ritual sacrifice of Lee Harvey Oswald himself ), another enigmatic necrology suddenly emerged when numerous scientists connected to the Strategic Defense Initiative died or committed suicide under suspicious circumstances.  Jim Keith provides a comprehensive list of these deaths—some of which are quite bizarre indeed, such as the case of Arshad Sharif, a computer analyst and programmer employed by Marconi Defense Systems who wrapped a rope around a tree, the other end around his neck, then drove off in his car at high speed, cutting off his own head—in Chapter Seven of his 1994 book, Casebook on Alternative 3.  (Oddly enough, Jim Keith died only five years after the publication of the aforementioned book during a routine stay in a Nevada hospital after undergoing surgery for a relatively minor knee injury that he sustained while attending the 1999 Burning Man Festival).

During the first few years of the 21st century, an unusual amount of microbiologists died under suspicious circumstances not long after the catastrophic events of 9/11 and the beginning of the Persian Gulf War 2.0.  A master list of such deaths has been compiled by researcher Mark J. Harper and is available to be seen on the website of radio host Jeff Rense.  Click HERE to peruse Harper’s rather sobering “Dead Scientists and Microbiologists—Master List.”

In the second decade of the 21st century, a new—and perhaps even more Machiavellian—pattern has now formed, this one involving the premature deaths of prominent bankers.  Click HERE to read Michael Snyder’s 2/19/14 article entitled “Does the Trail of Dead Bankers Lead Somewhere?”  And click HERE to read John Vibes’ 2/25/14 article entitled “Update:  Trail of Dead Bankers Reaches Arizona, Death Count Is Now at 9.”

For a far more elegiac outlook on these tragic events, however, click HERE to read Jon Rappoport's outstanding new poem "Look Over Your Shoulder, Banker Man."  Rappoport's brief but chilling poem succeeds in exposing the dark heart of this grisly business better than any factual newspaper account could ever hope to accomplish.
Posted by Robert Guffey at 2:33 AM No comments:

"SAN DIEGO -- A 36-year-old Lakeside man was charged Monday with destruction of government property in connection with an incident Sunday in which he broke into FBI property, climbed atop a roof and refused to surrender for five hours.

"Richard William Durant III remains in a medical facility for treatment and evaluation, according to the FBI.  Once he is released, he will be booked into the federal jail in downtown San Diego […].

"Durant's motive for the episode remains unclear although he did call local TV stations and said he wanted to talk to an FBI agent because he did not trust San Diego police."

If you've read my September 2013 Fortean Times article, "Strange Tales of Homeland Security" (which exposes government-sanctioned gangstalking operations based in sunny San Diego), you won't have too much of a problem figuring out why Mr. Durant may have been a tad mistrustful of San Diego's local law enforcement officers.  I wouldn't be surprised if future new reports about this unfolding story confirm my suspicions that Mr. Durant could very well be yet another victim of the rampant, COINTELPRO-style harassment plaguing "America's finest city."

To read the complete L.A. Times article, click HERE.
Posted by Robert Guffey at 12:13 AM No comments:

The Disappearance of Flight 370

As the mystery of Flight 370 (a Boeing 777) continues to unfold, one's mind inevitably turns to… where else?  Answer:  Chapter 6 of Harold T. Wilkins' classic 1954 book, Flying Saucers on the Attack, in which the author attempts to blame various unsolved air disasters on the hostile actions of UFOs.  The title of the chapter in question is "Colossal Death Ray Aeroform" (any young musicians out there in search of an unforgettable band name?).  Sixty years after its initial publication, Wilkins' eccentric reportage still commands the reader's attention.  Delving into Wilkins' entire book, which can be purchased HERE, would not be a waste of anyone's time. 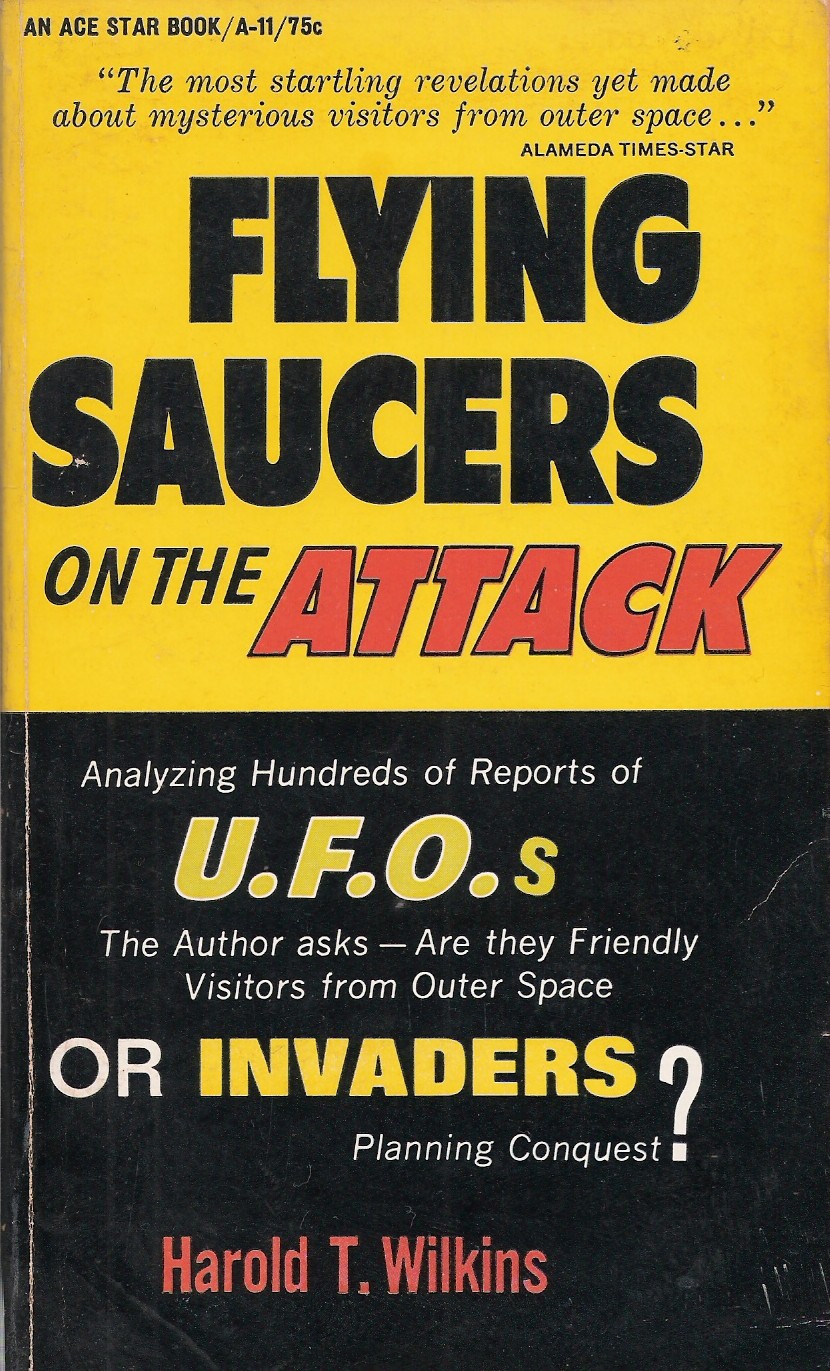 Of course, there's considerable qabalistic significance to the fact that the missing airliner is a Boeing 777.  Anyone interested in delving into this esoteric aspect of the story is encouraged to read 777 and Other Qabalistic Writings of Aleister Crowley (Samuel Weiser, 1977), the complete text of which can be found HERE. 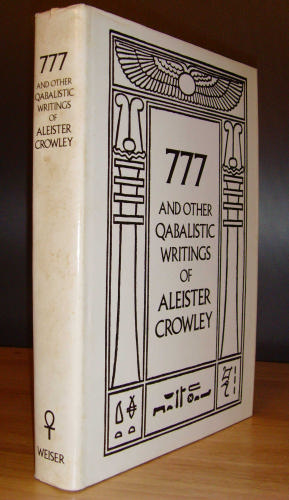 Not unrelated to this ongoing drama is Jud Taylor's obscure--but surprisingly relevant--made-for-TV movie entitled The Disappearance of Flight 412 (NBC, 1974), which stars Glenn Ford as an Air Force Colonel who discovers exactly what happens to pilots honest--or naive--enough to report UFO sightings.  The entirety of this pseudo-documentary can be seen on YouTube by clicking HERE.

An exhaustive timeline of events relating to the disappearance of Flight 370 has been compiled by The Telegraph and is being updated every ninety seconds.  To access this chronology, click HERE.


Posted by Robert Guffey at 7:05 PM No comments: