"What Is a Cloud?" in the CHIRON REVIEW

My short story "What Is a Cloud?" has just been published in the latest issue of the CHIRON REVIEW (#97, Fall 2014).  Here's the first sentence of the story:  "During my last semester in high school, at Kurt T. Shery High, a cop almost beat the crap out of me because of the way I answered a question posed to me in a Biology class."  And if you'd like to know what happened after that, order a copy of the CHIRON REVIEW #97 TODAY!!!  (It's a true story, btw.)

To order a copy of the CHIRON REVIEW #97, simply click HERE.

Posted by Robert Guffey at 11:30 AM No comments:

About an hour ago I received two boxes from England overbrimming with copies of my first book of fiction, SPIES AND SAUCERS.  Yes, it's available for purchase at last.  Support your local/nonlocal author!  Every sale counts, my friends!  To order a copy of SPIES AND SAUCERS, visit PS Publishing's website by clicking HERE.  (A regular edition as well as a signed, limited edition are both available.) 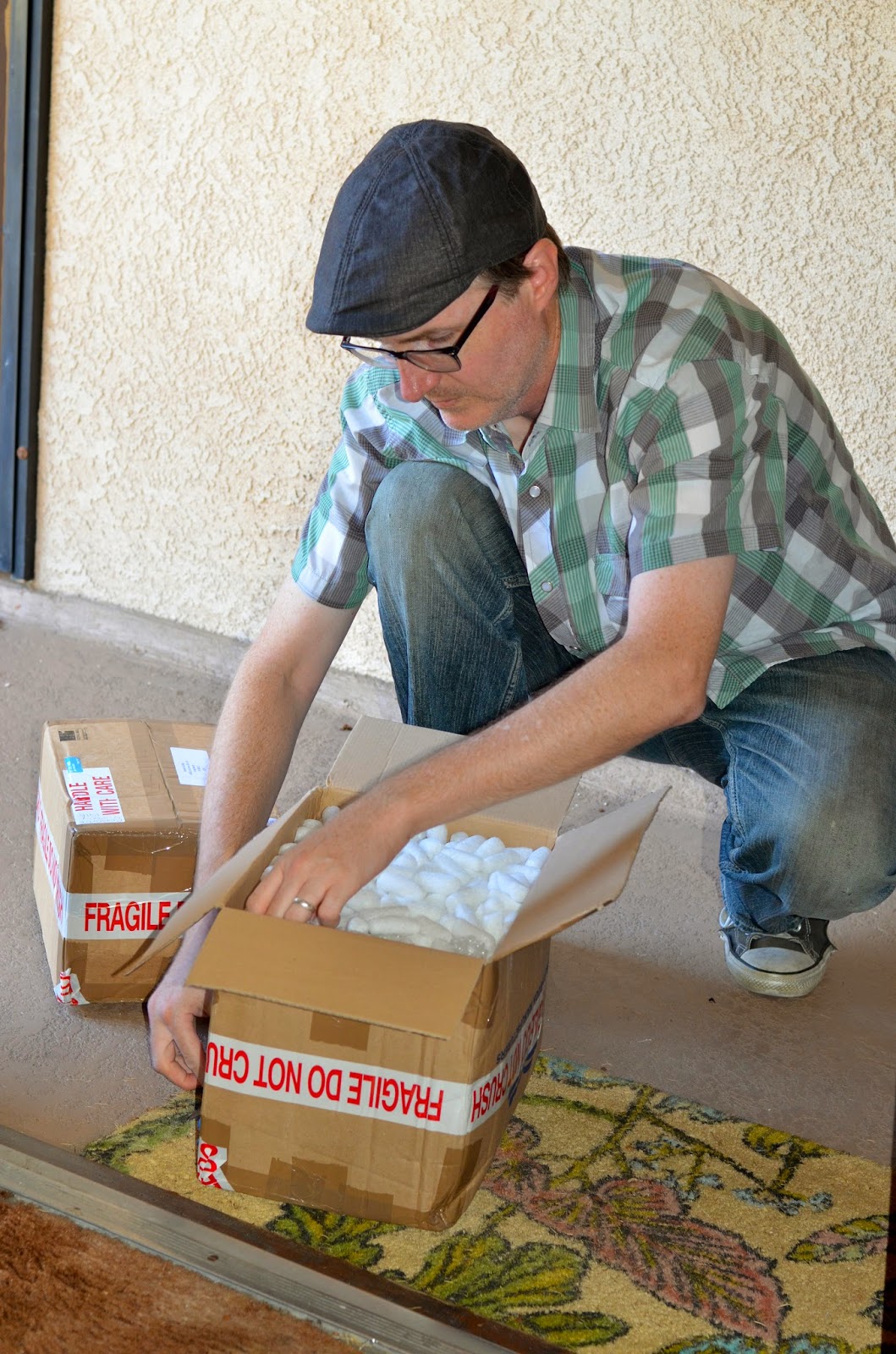 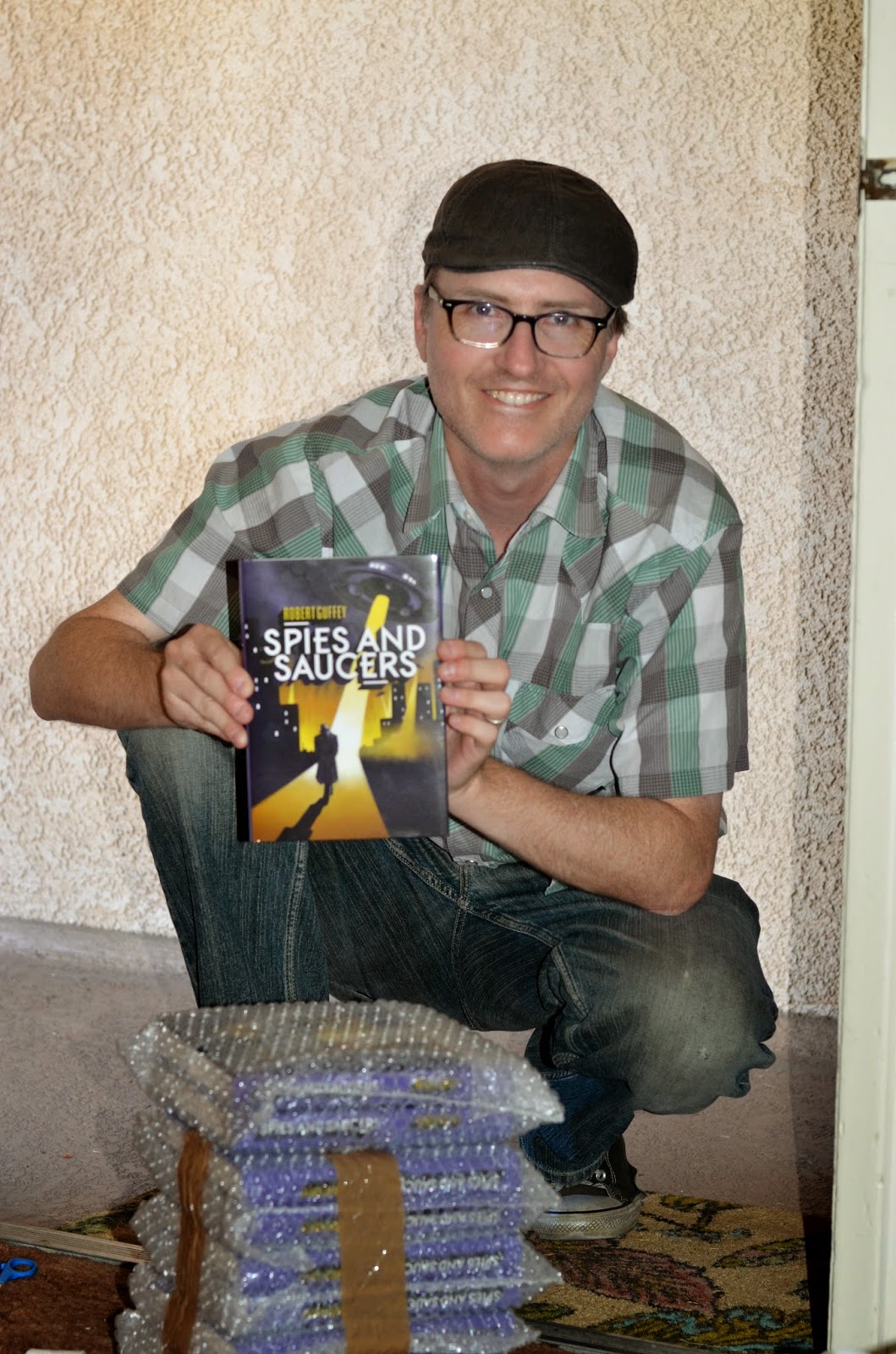 
"For the first time ever, neuroscientists have demonstrated the viability of direct — and completely non-invasive — brain-to-brain communication in humans. Remarkably, the experiment allowed subjects to exchange mentally-conjured words despite being 5,000 miles apart.
"It's the neuroscientific equivalent of instant messaging. Two human subjects, one in India and one in France, successfully transmitted the words 'hola' and 'ciao' in a computer-assisted brain-to-brain transmission using internet-linked electroencephalogram (EEG) and robot-assisted image-guided transcranial magnetic stimulation (TMS) technologies.
"It wasn't the most elegant set-up, but it represents an important step towards achieving technological enabled telepathy — the ability to exchange thoughts directly with another person."
To read Dvorsky's entire article, click HERE. 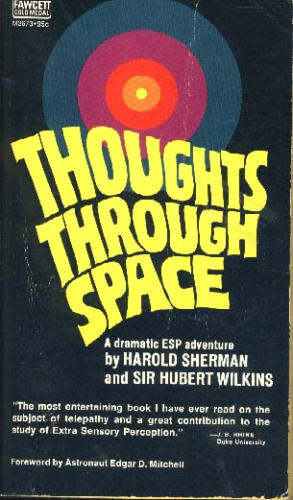 Posted by Robert Guffey at 7:12 PM No comments:

Around 19 phony cell towers have been located around the United States according to a security company selling Samsung Galaxy S3s with enhanced encryption.  The fake cell towers were discovered in July and were reported by Popular Science that the towers have the ability to attack mobile phones through gaining access to personal information by installing spyware […].

"Interceptor use in the US is much higher than people had anticipated.

"One of our customers took a road trip from Florida to North Carolina and he found eight different interceptors on that trip […]."

These tracking devices have existed in the U.S for decades and have even benefited the police and homeland security. However critics suggested that using these devices were morally unethical.

The Wall Street Journal reported in 2011 that the Federal Bureau of Investigations used a [tracking] device known as a stingray to catch tax fraud Daniel David Rigmaiden.

Whilst according to L.A Weekly, The Los Angeles Police Department purchased a stingray/stinger and used it to monitor 21 individuals suspected of murder and burglary. They used this in spite stating the device would be used for 'regional terrorism investigations' in a grant application submitted to the Department of Homeland Security.

Popular Science said that the devices target the smartphone's 'baseband operating system.' This receives radio signals such as Bluetooth and Wi-Fi. Users are worried this compromises the constitutional rights of Americans.

To read Bhunjun's entire article, click HERE.
Posted by Robert Guffey at 10:31 AM No comments:

OAKLAND, CA—Documents released last week by the City of Oakland reveal that it is one of a handful of American jurisdictions attempting to upgrade an existing cellular surveillance system, commonly known as a stingray.

The Oakland Police Department, the nearby Fremont Police Department, and the Alameda County District Attorney jointly applied for a grant from the Department of Homeland Security to "obtain a state-of-the-art cell phone tracking system," the records show.
Stingray is a trademark of its manufacturer, publicly traded defense contractor Harris Corporation, but "stingray" has also come to be used as a generic term for similar devices.
The cellular surveillance system's upgrade, known as Hailstorm, is necessary. Existing stingray devices will no longer work in a few years as older phone networks get turned off.
According to Harris' annual report, which was filed with the Securities and Exchange Commission last week, the company profited over $534 million in its latest fiscal year, the most since 2011.
"We do not comment on solutions we may or may not provide to classified Department of Defense or law enforcement agencies," Jim Burke, a spokesman for Harris, told Ars.
Other locales known to be in the process of related federally-funded upgrades include Tacoma, Wash.; Baltimore, Md.; Chesterfield, Va.; Sunrise, Fla.; and Oakland County, Mich. There are likely many more, but such purchases are often shrouded in secrecy.
Worse still, cops have lied to courts about the use of such technology. Not only can stingrays be used to determine a phone’s location, but they can also intercept calls and text messages. Relatively little is known about how stingrays are precisely used by law enforcement agencies nationwide, although documents have surfaced showing how they have been purchased and used in some limited instances. Last year, Ars reported on leaked documents showing the existence of a body-worn stingray. In 2010, Kristin Paget famously demonstrated a homemade device built for just $1,500.

Robert Shipway, of the Alameda County Public Defender’s Office, said he was not aware of their described use during the process of criminal discovery in county prosecutions in recent years. That could mean that local law enforcement and prosecutors are concealing or obscuring their use […].
"The most frustrating part of this whole situation is that the county continually refuses to share information on what the technology does, while telling lawmakers and the public to just trust them," Michigan state representative Tom McMillin said in a statement in June 2014. "Among other things, this technology can mimic cell towers to collect data, and citizens wouldn’t have any way of knowing their privacy, or worse their rights, have been violated. To me, that runs into our constitutional rights."
To read Farivar's entire article, click HERE.
Posted by Robert Guffey at 9:56 AM No comments:

The War Against the Imagination Continues

Here are a few brief (but telling) excerpts from Jeffrey Goldberg's recent Atlantic article entitled "In Maryland, a Soviet-Style Punishment for a Novelist":


"From the Dept. of Insane and Dangerous Overreactions to Fictional Threats:  A 23-year-old teacher at a Cambridge, Maryland, middle school has been placed on leave and—in the words of a local news report—'taken in for an emergency medical evaluation' for publishing, under a pseudonym, a novel about a school shooting. The novelist, Patrick McLaw, an eighth-grade language-arts teacher at the Mace's Lane Middle School, was placed on leave by the Dorchester County Board of Education, and is being investigated by the Dorchester County Sheriff's Office, according to news reports from Maryland's Eastern Shore. The novel, by the way, is set 900 years in the future [...].

"According to an equally credulous and breathless report in the Star-Democrat, which is published in Easton, Maryland, the combined efforts of multiple law-enforcement agencies have made area children safe from fiction. Sheriff Phillips told the newspaper that, in addition to a K-9 sweep of the school (!), investigators also raided McLaw's home. 'The residence of the teacher in Wicomico County was searched by personnel,' Phillips said, with no weapons found. 'A further check of Maryland State Police databases also proved to be negative as to any weapons registered to him. McLaw was suspended by the Dorchester County Board of Education pending an investigation and is no longer in the area. He is currently at a location known to law enforcement and does not currently have the ability to travel anywhere.'

"I've tried to reach the sheriff, so far unsuccessfully, to learn whether McLaw's 'inability to travel anywhere' means that he is under arrest. It is somewhat amazing that local news reports on this case don't make clear whether McLaw is under arrest, and if so, on what charge. It is equally astonishing that the reporters on this story don't seem to have used the words 'First Amendment' in their questioning of law-enforcement officials, and also astonishing they don't question the Soviet-sounding practice of ordering an apparently sane person who has been deemed unacceptable by state authorities to undergo a psychological evaluation.

"It would be useful to know if McLaw is under investigation for behavior other than writing two novels—and perhaps he will be shown to be a miscreant of some sort—but so far, there is no indication that he is guilty of anything other than having an imagination, although on Maryland's Eastern Shore, as news reports make clear, his imagination is considered an active threat."

To read Goldberg's entire article, click HERE.
Posted by Robert Guffey at 11:52 AM No comments:

What follows is the first sentence of a recent article entitled "How One New Drone Tech Finally Allows All-Seeing Surveillance" by Tyler Rogoway (a defense journalist and photographer):

"The omnipresent watching aircraft of dystopian science fiction has quietly become science fact.  Meet Wide Area Aerial Surveillance, the all-seeing eye in the sky that will change our lives forever...."

Posted by Robert Guffey at 12:20 AM No comments: