The Death of Osama bin Liden Is "One Big Lie," According to Seymour Hersh

"Seymour Hersh has got some extreme ideas on how to fix journalism – close down the news bureaus of NBC and ABC, sack 90% of editors in publishing and get back to the fundamental job of journalists which, he says, is to be an outsider.

"It doesn't take much to fire up Hersh, the investigative journalist who has been the nemesis of US presidents since the 1960s and who was once described by the Republican party as 'the closest thing American journalism has to a terrorist'.

"He is angry about the timidity of journalists in America, their failure to challenge the White House and be an unpopular messenger of truth.

"Don't even get him started on the New York Times which, he says, spends 'so much more time carrying water for Obama than I ever thought they would' – or the death of Osama bin Laden. 'Nothing's been done about that story, it's one big lie, not one word of it is true,' he says of the dramatic US Navy Seals raid in 2011.

"Hersh is writing a book about national security and has devoted a chapter to the bin Laden killing. He says a recent report put out by an 'independent' Pakistani commission about life in the Abottabad compound in which Bin Laden was holed up would not stand up to scrutiny. 'The Pakistanis put out a report, don't get me going on it. Let's put it this way, it was done with considerable American input. It's a bullshit report,' he says hinting of revelations to come in his book.

"The Obama administration lies systematically, he claims, yet none of the leviathans of American media, the TV networks or big print titles, challenge him.

"'It's pathetic, they are more than obsequious, they are afraid to pick on this guy [Obama],' he declares in an interview with the Guardian."

To read the entire article, click HERE.
Posted by Robert Guffey at 6:22 PM No comments:

ELF WITH A GUN

Anyone who's read my current Fortean Times article, "Strange Tales of Homeland Security," should have no problem identifying the significance of this latest information about Aaron Alexis (AKA, "the Navy Yard shooter") and his "ELF" shotgun.  Click HERE to read Justin Peters' 9-25-13 Slate Magazine article "FBI:  Navy Yard Shooter Aaron Alexis May Have Thought He Was Controlled by Electromagnetic Waves."

For Loren Coleman's in-depth analysis of the phrase "ELF weapon!," which can be seen etched into Alexis' shotgun (see the photo above), click HERE.

But only postgraduate cryptoscatologists should even begin to consider the multilayered symbology of the following information (courtesy of the late STEVE GERBER):

ELF WITH A GUN. 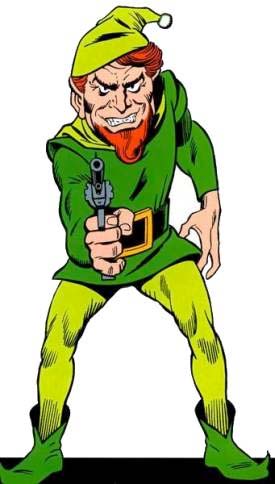 Posted by Robert Guffey at 7:22 PM No comments:

"The State of Connecticut is refusing to release Sandy Hook gunman Adam Lanza’s medical records over fears that divulging the identity of the antidepressants he was taking would, 'cause a lot of people to stop taking their medications,' according to Assistant Attorney General Patrick B. Kwanashie [...].

"Adam Lanza fatally shot 20 children and six adult staff members during the rampage last December in Newtown, which was the second deadliest mass shooting by a single person in American history.
As we have repeatedly documented, psychiatric drugs have been a common theme in hundreds of murders and mass shootings over the last three decades.

"The most recent example, Navy Yard gunman Aaron Alexis, was taking the anti-depressant drug Trazodone, which has been linked to numerous murders and a mass shooting at a beauty parlor in 2011.

"Despite it being reported that prescription drugs were found in the apartment of ‘Batman’ shooter James Holmes days after the Aurora massacre, it took nine months to find out exactly what those drugs were. Like Columbine killer Eric Harris, Holmes had been taking Zoloft, another SSRI drug linked with violent outbursts.

Click HERE for the entire article.
Posted by Robert Guffey at 6:33 PM No comments:

How to Spot a "Sleeper" (According to the FBI)

What follows is essential reading.

The excerpt below is from a PrivacySOS.org article entitled "When Speech Becomes Suspicious: The FBI's 'Communities Against Terrorism'":


The FBI wants you to know that paying with cash, being concerned about your privacy (or as the FBI calls it, your "privacy"), and taking an "unusual" interest in surveillance or security procedures are all suspicious activities that could be linked to terrorism.
Last week, Public Intelligence posted a file containing a number of FBI "Communities Against Terrorism" cheat sheets, which contain information about supposed terrorism risk indicators, directed at various groups of people or private entities. Among the categories are:
(That last bit is awfully strange, isn't it? You'd assume that anyone bent on committing acts of terrorism would want to camouflage their involvement with that activity, no?)
You might think: great! The FBI is reaching out to communities and businesses, doing due diligence to ensure that many different communities in the United States have the information they need to protect themselves and their surroundings from those who would do them harm. And indeed, some of the FBI's advice to businesses and the public make sense. For example, when advising farm store suppliers about things to watch out for, the FBI lists a number of chemicals that might be used to manufacture a bomb, and advises that shop owners ask for identification whenever people purchase those materials.
But the cheat sheets go well beyond commonsense advice, and encroach directly on our rights to freedom of speech and freedom from government intrusion into our private lives. We've talked for a long time about the FBI's classification of commonplace activities like taking notes or photography as "suspicious activities,"and these sheets repeat those mistakes. But there are three other trends in these documents that warrant particular concern....


To read the rest of the article, click HERE.
Posted by Robert Guffey at 11:44 PM No comments:


As a special preview of PLAN B VOL. II, the editor has posted my story (“Flames”) on the magazine's homepage.  If you'd like to read the entire story, simply click HERE.

Posted by Robert Guffey at 12:12 PM No comments:

Plan B:  A Mystery and Crime Anthology Vol. II (which includes my new short story entitled "Flames") is now available for pre-order... for only $2.99!  Click HERE for ordering details.

And in other news... the September issue of FORTEAN TIMES (#305), which contains my mind-warping feature article entitled "Strange Tales of Homeland Security," has at last invaded the shores of the United States.  Be sure to check out your local Barnes & Noble or a well-stocked newsstand NEAR YOU!
Posted by Robert Guffey at 10:00 PM No comments:

Phone Calls from the Dead & the Hemisphere Project

"For at least six years, law enforcement officials working on a counternarcotics program have had routine access, using subpoenas, to an enormous AT&T database that contains the records of decades of Americans’ phone calls — parallel to but covering a far longer time than the National Security Agency’s hotly disputed collection of phone call logs.

"The Hemisphere Project, a partnership between federal and local drug officials and AT&T that has not previously been reported, involves an extremely close association between the government and the telecommunications giant.

"The government pays AT&T to place its employees in drug-fighting units around the country. Those employees sit alongside Drug Enforcement Administration agents and local detectives and supply them with the phone data from as far back as 1987.

"The project comes to light at a time of vigorous public debate over the proper limits on government surveillance and on the relationship between government agencies and communications companies. It offers the most significant look to date at the use of such large-scale data for law enforcement, rather than for national security.

"The scale and longevity of the data storage appears to be unmatched by other government programs, including the N.S.A.’s gathering of phone call logs under the Patriot Act. The N.S.A. stores the data for nearly all calls in the United States, including phone numbers and time and duration of calls, for five years."

Now if only the Clever Boys behind the Hemisphere Project's universal phone surveillance could use their enormous backlog of data (and seemingly bottomless black budget resources) to explain the phone-weirdness phenomena detailed in this classic book of paranormal cryptoscatology, I'd give 'em all a pat on the back....

ENDORSED BY THE CRYPTOSCATOLOGY BOOK OF THE MONTH CLUB™:

PHONE CALLS FROM THE DEAD by D. Scott Rogo and Raymond Bayless:

Used copies of this wonderful book, out of print for years now, go for ridiculous amounts of money these days, so I recommend haunting used bookstores or your local library until you dig one up.  It's essential reading.  The implications of the Hemisphere Project are mundane compared to having your private phone calls surveilled by a pissed-off dead relative.  Rest assured, my fellow Americans, you needn't be on the terrorist watch list to have your phone calls screwed with by a "spook"....
Posted by Robert Guffey at 10:32 AM No comments:

The Art of Dreaming

"[Don Juan] heavily stressed that the dreaming attention is the key to every movement in the sorcerers' world.  He said that among the multitude of items in our dreams, there exist real energetic interferences, things that have been put in our dreams extraneously, by an alien force.  To be able to find them and follow them is sorcery."