CHAMELEO on Tessa B. Dick's ANCIENT OF DAYS

This past Sunday, Tessa B. Dick interviewed me about CHAMELEO for an hour and a half on her radio show, ANCIENT OF DAYS.  You can listen to the entire conversation by clicking HERE.
Posted by Robert Guffey at 8:58 PM No comments:

If you’re submitting budget proposals for a law enforcement agency, for an intelligence agency, you’re not going to submit the proposal that ‘We won the war on terror and everything’s great,’ cuz the first thing that’s gonna happen is your budget’s gonna be cut in half. You know, it’s my opposite of Jesse Jackson’s ‘Keep Hope Alive’—it’s ‘Keep Fear Alive.’ Keep it alive.

In the context of an interview about a case in which a paid FBI informant is alleged to have offered destitute men a quarter of a million dollars to execute an attack, a former assistant director of the FBI admits it's in the bureau's best interest to inflate the supposed terror threat. That's remarkably candid, and profoundly disturbing.

The clip referenced above--as well as the original 1-27-15 post--can be seen by clicking HERE.
Posted by Robert Guffey at 4:23 PM No comments:

CHAMELEO IS IN THE LOS ANGELES REVIEW OF BOOKS!

The editors of the Los Angeles Review of Books have chosen to excerpt CHAMELEO in their most recent issue (the Winter 2015 edition).  A double page spread is devoted to Chapter One.  You can find the LARB on the newsstands right now or order it by visiting their website. 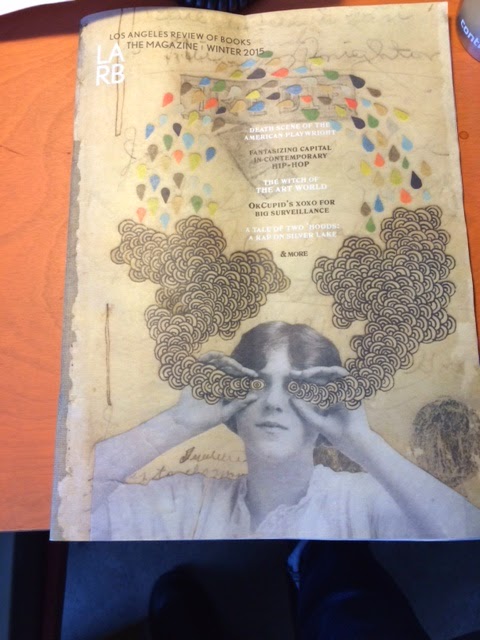 Posted by Robert Guffey at 12:31 PM No comments:

THRILL!!! to the nefarious exploits of The Savarian Illuminati (so christened by Ishmael Reed, author of the classic 1972 novel Mumbo Jumbo) by clicking HERE!


Posted by Robert Guffey at 4:06 PM No comments: