Now let’s move back to 1984 and the release of Frank Zappa’s three-album experimental rock opera Thing-Fish, a truly bizarre send-up of Broadway musicals based on the conspiracy theory that the U.S. government manufactured AIDS as a biowarfare weapon to eradicate homosexuals and African-Americans.  In a parasatirical world, it shouldn’t be a surprise that at least four well-researched books subsequently (or concurrently, in the case of the first book mentioned below) verified Zappa’s satirical notion:

Related sources about the overall subject of germ warfare include the book CLOUDS OF SECRECY:  THE ARMY’S GERM WARFARE TESTS OVER POPULATED AREAS by bioterrorism expert Leonard A. Cole (Rowman & Littlefield, 1989) and a little-known scientific paper entitled “Ethnic Weapons” by Carl A. Larson that was originally published in the Nov. 1970 issue of Military Review (Vol. L, No. 11), a revelatory article worth tracking down in a well-stocked library near you. 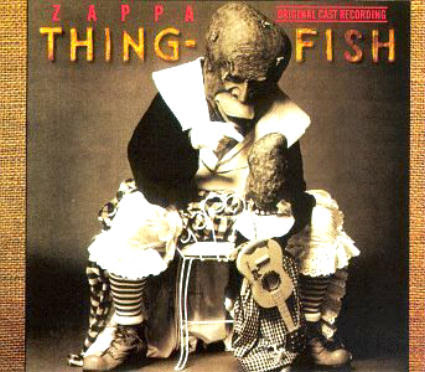