I've Been Nominated For a RONDO!

Tim Lucas, editor of VIDEO WATCHDOG MAGAZINE, contacted me earlier today to let me know that I've been nomintated for a RONDO AWARD for my article, "Charles Darwin and the Suppressed Science of Dr. Mirakle," which was published in the Jan./Feb. 2012 issue of VIDEO WATCHDOG (#166).

You can see the complete ballot by clicking HERE (scroll down to the 13th category entitled "BEST ARTICLE"). 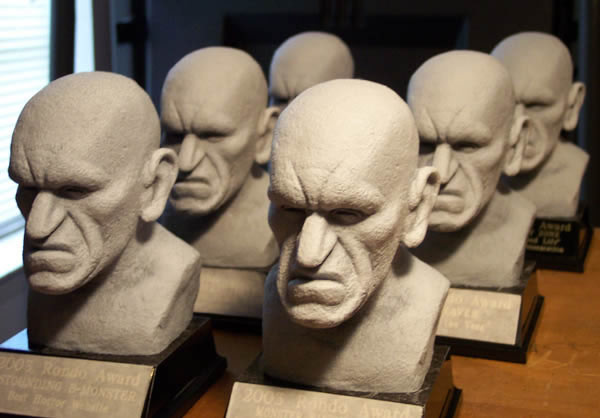 The Rondos, by the way, are named after the late acromegalic actor Rondo Hatton (AKA "The Creeper") who may have broken more spines than anyone else in Hollywood.  Of his many outings as The Creeper, my favorite is HOUSE OF HORRORS (Universal, 1946) directed by Jean Yarborough from a script by George Bricker. 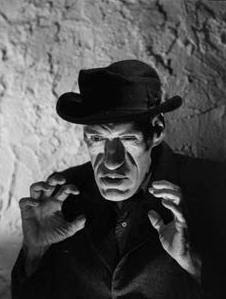 Barry Gifford, author of numerous books and screenplays including the David Lynch film WILD AT HEART, has this to say about HOUSE OF HORRORS in his 1988 book THE DEVIL THUMBS A RIDE:

"A personal favorite of mine, HOUSE OF HORRORS is a fractured exegesis on art, love, and curvature of the spine.  The Creeper--Rondo Hatton--steals the movie, hands down.  His hands are usually wrapped tightly around the throat of a prostitute cornered in an alley or on a lonely sidestreet, until he's rescued and taken in by a deranged sculptor who exhorts The Big Guy to strangle an art critic or two [...]. 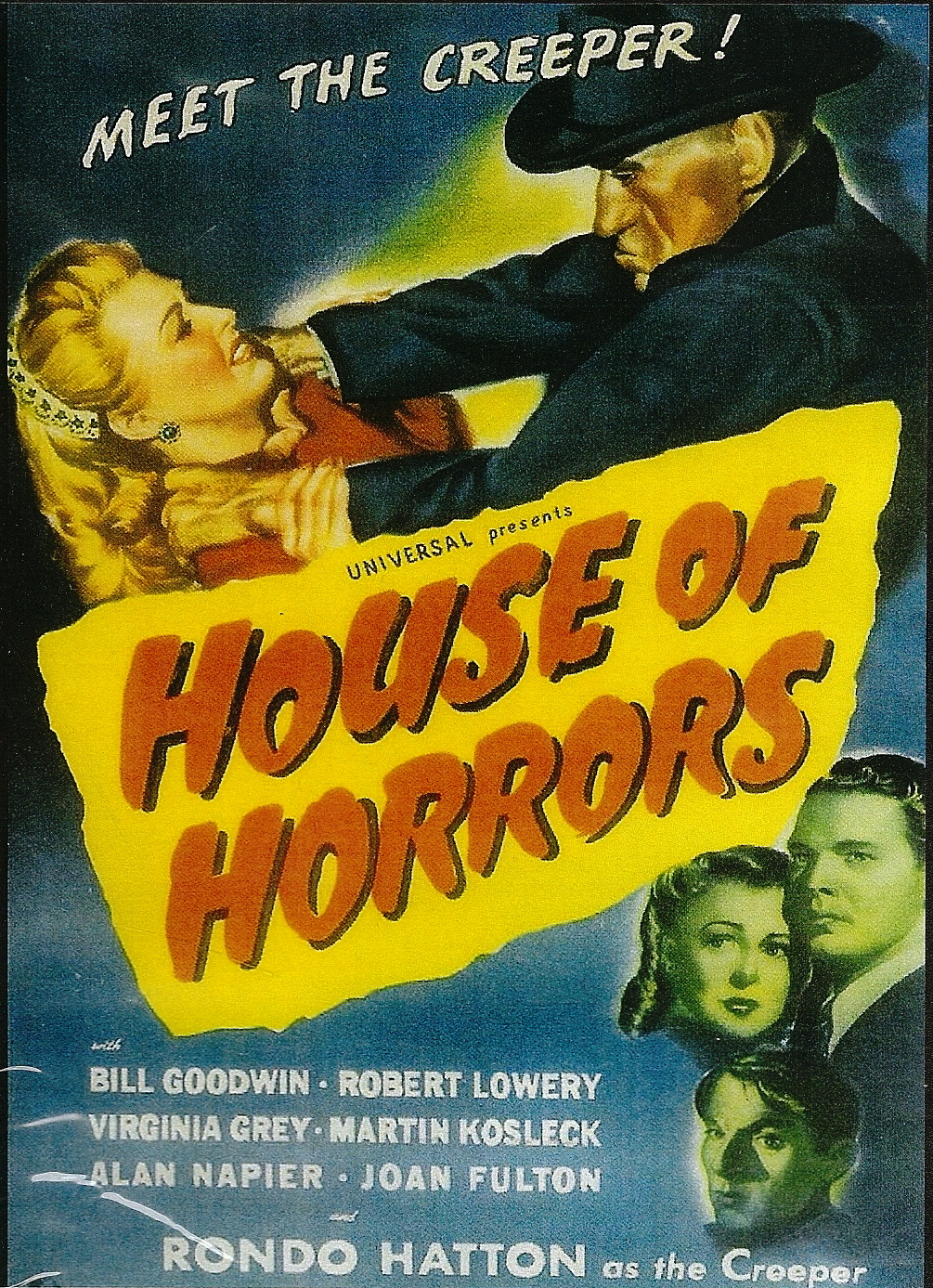 "This is all supposed to be happening in New York, but it was obviously shot on a Hollywood backlot on a rockbottom budget.  The feel of the movie is genuine, however; there are some seriously scary scenes as The Creeper stalks the streetwalkers.  The use of shifting shadows and sudden dark-to-light maneuvers similar to Edgar Ulmer's method in DETOUR are effective tricks that create an appropriately moody black-and-white rhythm.  The predictability of the plot and denouement notwithstanding, the real show is The Creeper.  HOUSE is Rondo Hatton's greatest performance; his strange shape and countenance are unlike anything on screen this side of Tod Browning's FREAKS, or the traveling carny sideshow wagon in Hitchcock's SABOTEUR.  The Creeper's problem with women is right on the surface, unquestioned; no hokey psychologizing in this one.  Old Rondo's operative philosophy is simple:  don't complain, don't explain.  Hollywood's exploitation of Rondo Hatton is no different than the use of Jayne Mansfield:  something for everyone."

You can see Rondo's performance in HOUSE OF HORRORS by clicking HERE.
Posted by Robert Guffey at 9:39 PM