The Cryptoscatology Top Ten: The Best Comic Books of 2016!

I've been reading Daniel Clowes's work since the publication of The Adventures of Lloyd Llewellyn in 1986.  Since that time I've been amazed by the fact that Clowes continues to top himself with one masterpiece after another:  Live a Velvet Glove Cast in Iron (1993), Ghost World (1997), David Boring (2000), etc.  Patience, a convoluted plunge through conflicting layers of memory and loss, somehow combines the complex narrative structure of a Philip K. Dick novel with the pseudo-psychedelic visuals of a 1960s Jack Kirby superhero comic book and the intense emotional impact of a time travel story by Jack Finney. 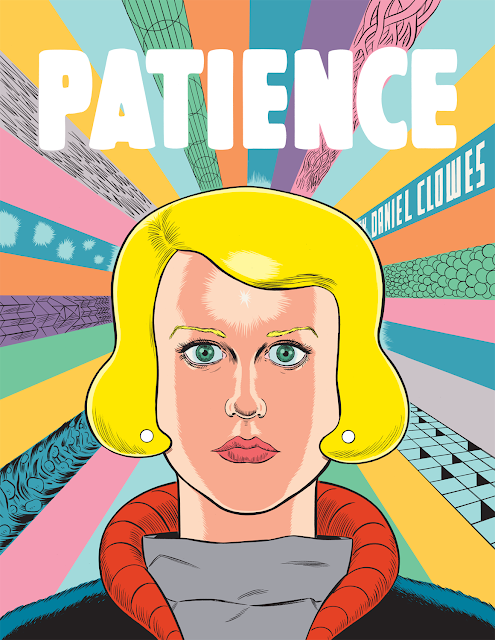 Tom Gauld's latest graphic novel, Mooncop, is an absurd but wistful journey through a desolate lunar landscape where law and order does not need to be maintained... and yet our title character dedicates his life to maintaining it anyway. 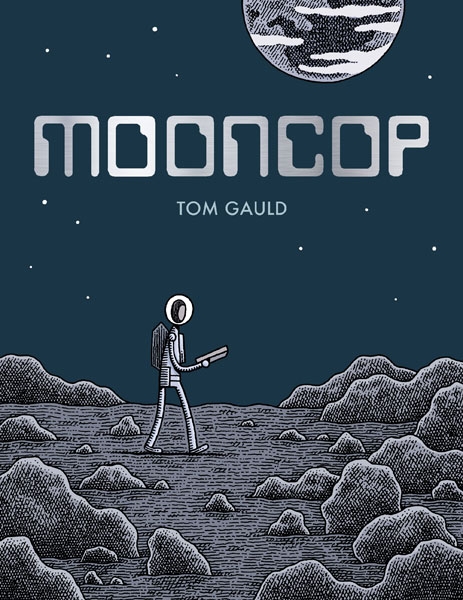 3.  The Longest Day of the Future by Lucas Varela (published by Fantagraphics):

A seemingly endless war between two mega-corporations in the near-future is made even more chaotic by the sudden intervention of an alien spaceship.  This nearly wordless satire combines the cultural criticism of Frederick Pohl and Cyril Kornbluth's The Space Merchants with the visual imagination of Terry Gilliam's Brazil. 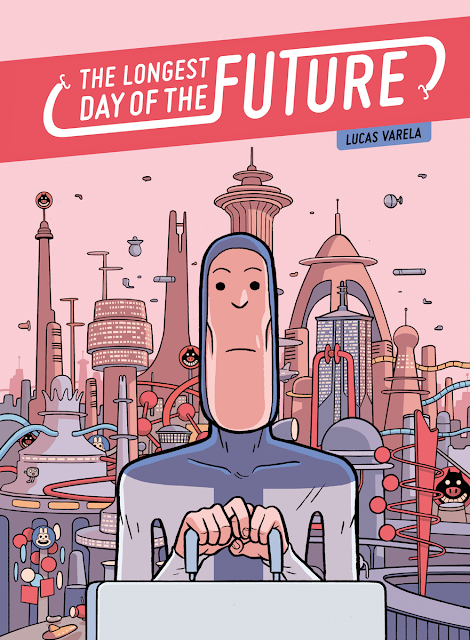 4.  Panther by Brecht Evens (published by Drawn and Quarterly):

If Jonathan Carroll, author of The Land of Laughs (1980) and many other excellent dark fantasies, somehow reached across time and space to collaborate with Val Lewton, producer of Cat People (1942) and numerous other groundbreaking horror films, to create a children's book that no child in their right mind should ever read, the result might very well be Panther by Brecht Evens, one of the most disturbing and creepy horror stories I've read in many, many years. 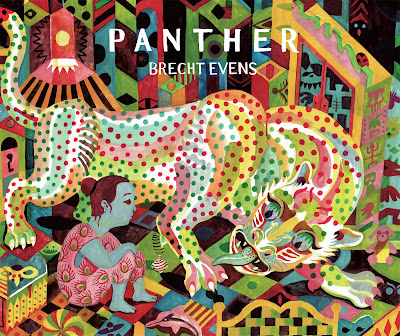 A very funny series that, in Moore's own words, centers on "a girl and her best friend, a gorilla.  The pair work together fixing cars at a gas station in the desert, and one day, they're approached by an alien with a damaged UFO.  She helps him on his way, and word of mouth about her excellent services makes her little garage a UFO hot spot...."  The fact that the objective reality of both the gorilla and the alien is constantly in question makes the series even more fascinating and humorous. 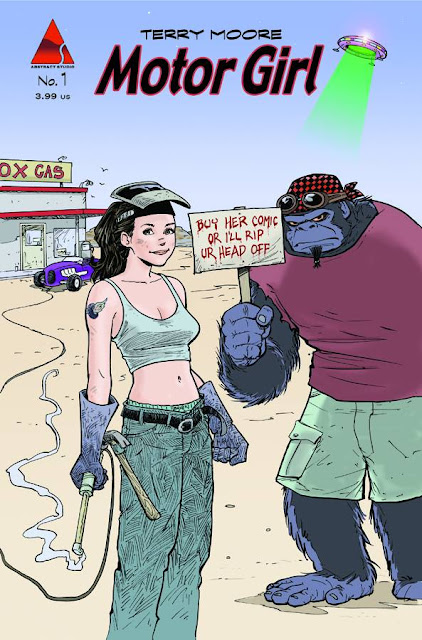 This revisionist superhero series, clearly taking its initial inspiration from Marv Wolfman and George Perez's Crisis on Infinite Earths (published by DC Comics from 1985 to 1986), is about a group of super-powered beings who find themselves inexplicably exiled from their world after having survived an epic battle with a gigantic alien called "the Anti-God."  The five main characters, Abraham Slam, Golden Gail, Colonel Weird, Madame Dragonfly, and Barbalien, must adjust to an introspective life spent dealing with the day-to-day mundanities of a rural farm community in the middle of nowhere.  Essentially trapped in limbo, they must conceal their true identities from all those around them while trying to figure out how to return to their homes in Spiral City.  This dark comedy, or comedic drama, is far better than any mainstream superhero comic book published by DC Comics during the past ten years. 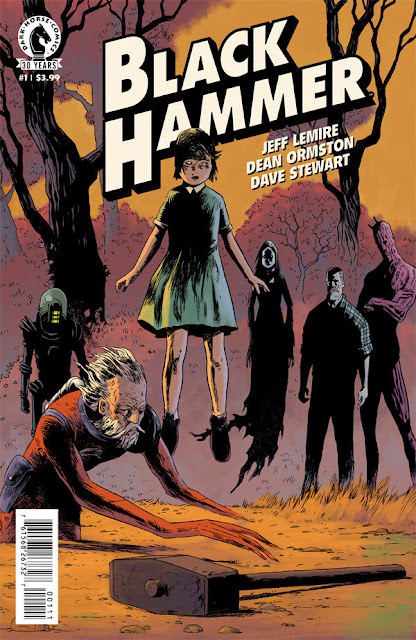 7.  Providence by Alan Moore and Jacen Burrows (published by Avatar):

The best analysis of H.P. Lovecraft's impact on the twentieth and twenty-first centuries takes the form of journalist Robert Black's episodic journey from quasi-innocence to unalterable, unholy awareness in a meta-horror-story that turns Lovecraft's original narratives upside down and inside out, changing forever the way the readers will perceive Lovecraft's fictional pantheon of demi-gods, demons and their (often too-human) acolytes here on Earth. 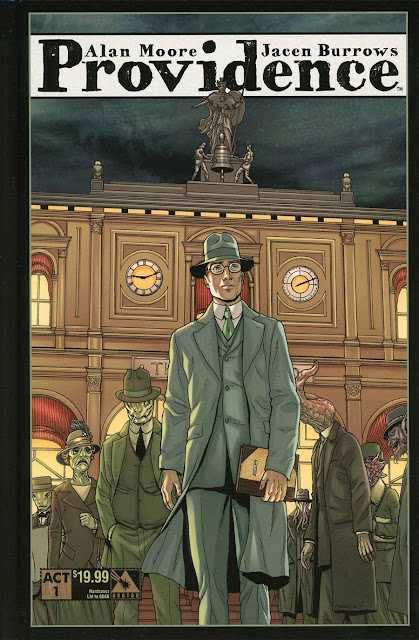 In last year's Top Ten list, I mistakenly identified Ditko's latest series as "A Ditko."  Publisher Robin Snyder soon pointed out to me that Ditko's anthology doesn't actually bear a specific title. Though A Ditko was indeed the title of an early issue in the series, the fact is that the series can only be identified by each individual issue number.  I find this wonderful.  What other series can make the same claim?  It's a rare example of anti-advertising.  It's as if Ditko is going out of his way to make finding his latest series a quixotic experience... a labyrinthine journey that's well worth the effort.  This remains one of the most unique comic books being published today.  Nothing else on the stands looks like this at all.  2016 saw the publication of two more issues of the series:  #24 and #25, featuring brand new stories about such bizarre Ditko characters as "The !?," "The," "Outline," "The Madman," and course "The Avenging World."  Though comic book fans and historians naturally lavish praise on Ditko's early masterpieces such as Spider-man and Doctor Strange, I think it will be very clear in the not-so-distant future that this series is among Ditko's most important works.  Do not miss it. 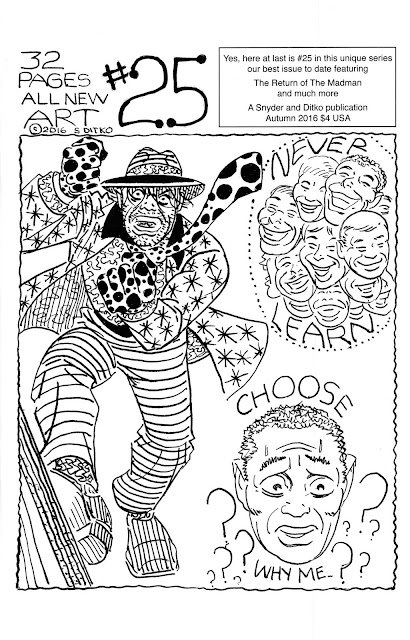 9.  The Silver Surfer by Dan Slott and Michael Allred (published by Marvel):

Though just as much a bastardization of Jack Kirby's original concept as Stan Lee and John Buscema's watered-down space epics from the late 1960s, Dan Slott and Michael Allred's interpretation of The Silver Surfer nonetheless remains one of the most charming mainstream comics being published today.  Filled with both humor and heart, essential qualities sorely lacking in most mainstream comics being foisted off on the public these days, this series is a constant delight to read.  If Robert Sheckley--author of The Tenth Victim (1965), Mindswap (1967), Dimension of Miracles (1968), and numerous other brilliantly satirical novels--had ever written a Marvel superhero comic book, it probably would have read like this. 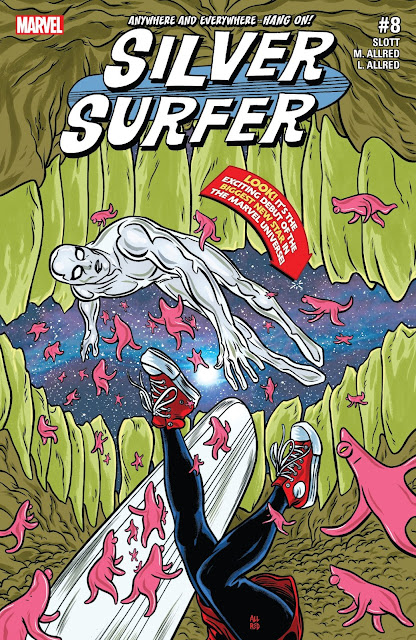 10.  The Vision by Tom King and Gabriel Hernandez Walta (published by Marvel):

Here's a true rarity:  a mainstream comic book, written by an ex-CIA agent no less, that feels intensely personal, breathes new dimensions into characters that were never intended to be anything more than action adventure icons, creates minor supporting characters who also possess deep emotions, and manages to success at all this while never forgetting to be exactly what it has to be--a Marvel superhero comic.  Readers unfamiliar with the history of Marvel comic books will still be able to enjoy this series as a self-contained story.  As Cory Doctorow recently wrote on Boing Boing:

"Though [the Vision] is still a member of the Avengers, he and his family -- a robot wife, a pair of robot children -- have settled in the DC suburbs, determined to live their lives as normal humans, despite being able to fly, walk through walls, and kill at a blow.

"So Vision becomes a story about assimilation, about wanting to be like everyone but not fitting in. But as King's storytelling makes clear from the first page, it's a story about fate and destiny, about the knowledge that it can't possibly work, that there is a world out there of people who will never accept you, regardless of your merits or accomplishments -- and certainly not because they owe their lives to you.

"In places, Vision reads as a parable about the lives of demobilized veterans of color, hated by the country they risked everything for. In other places, it's a story about simple prejudice. All throughout, it is a story about love, and fury.

"I was never enough of a Marvel comics fan to be able to keep the various pantheons and incarnations clear in my head, but it's clear that King has brought a deep knowledge of the material to this story [...].  I'm here to testify as someone who was virtually totally ignorant of the setting and history: Vision is a moving and gripping story you won't soon forget." 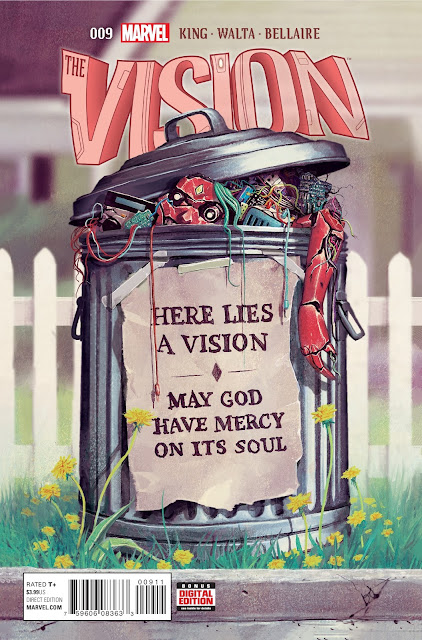 By the way, several important archival collections were published in 2016 as well, all of which are also highly recommended:

The World of Edena by Moebius (published by Dark Horse): 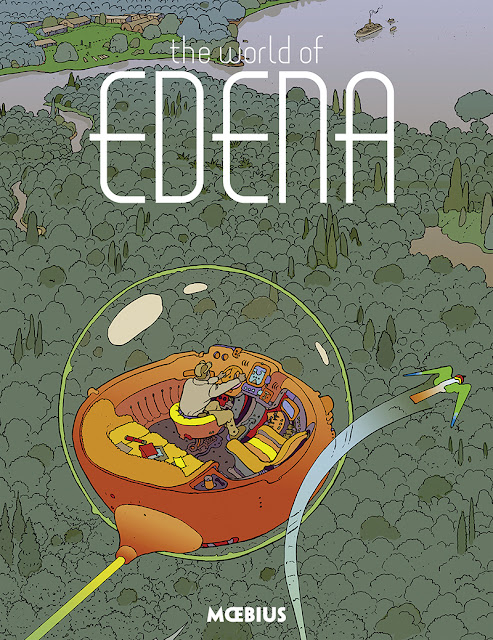 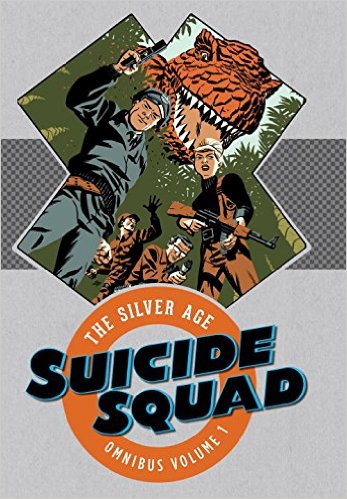 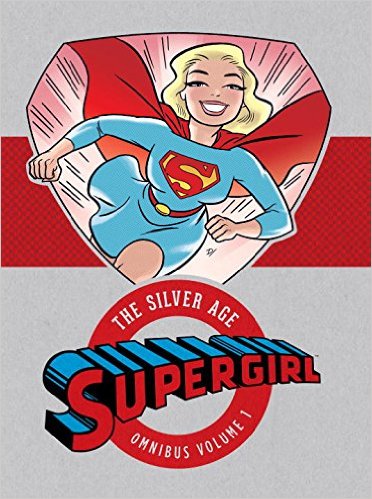 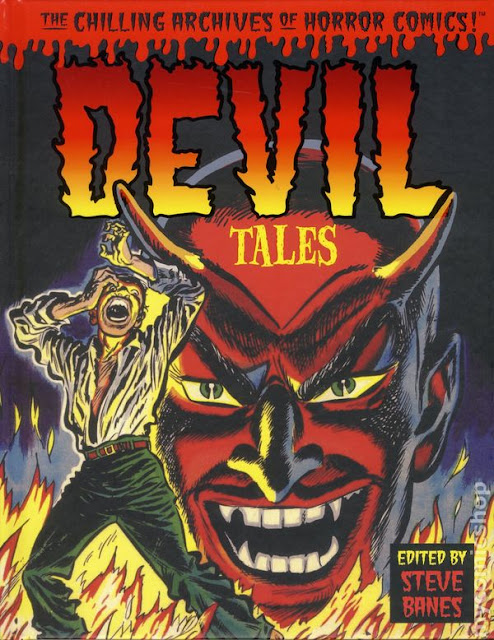 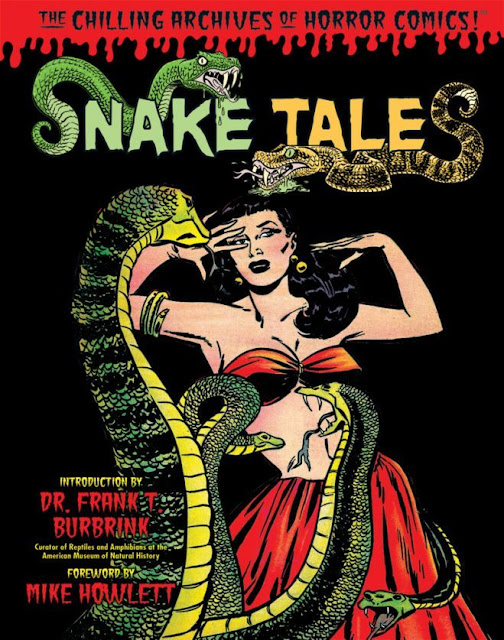 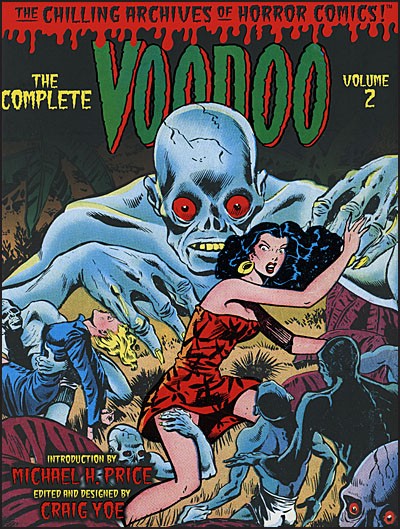 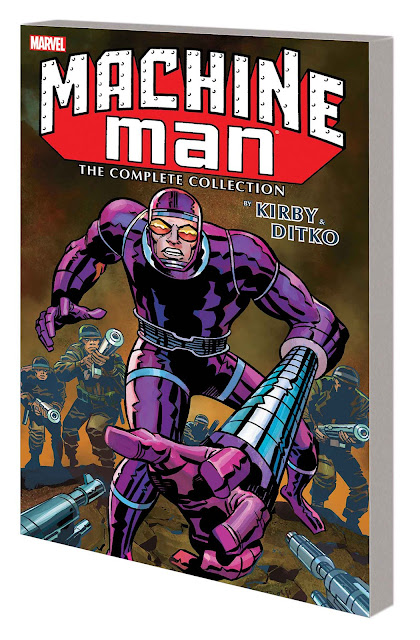 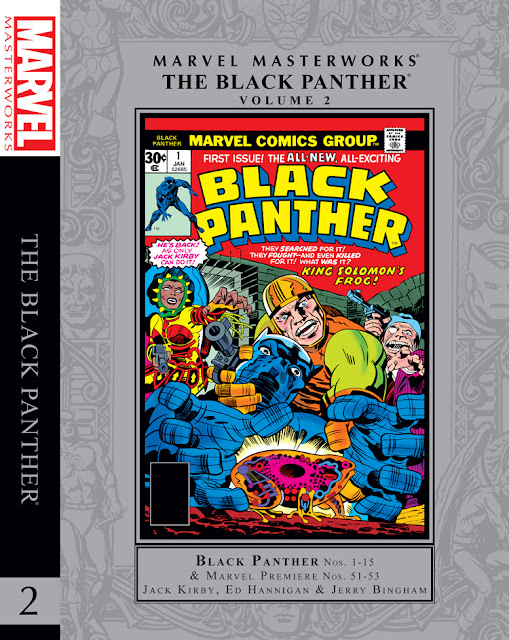 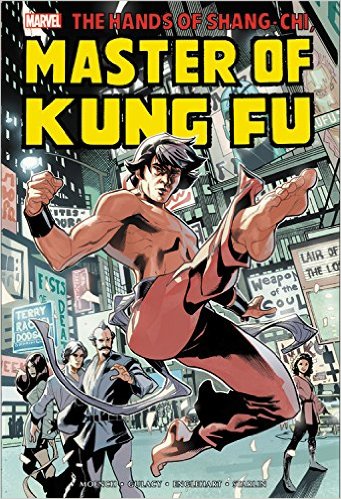 World Without End:  The Complete Collection by Jamie Delano and John Higgins (published by Dover): 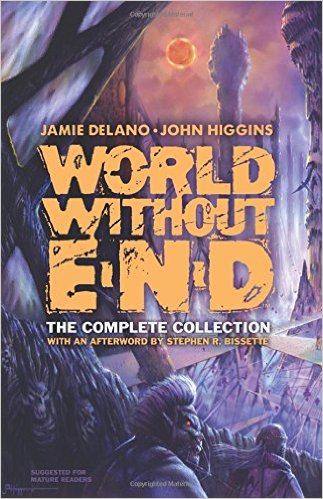 Posted by Robert Guffey at 4:33 PM