THE REVELATION OF THE METHOD

What follows is the official trailer for the "remake" of Universal's THE INVISIBLE MAN, which hits theaters in February of 2020. CHAMELEO readers might find this preview of particular interest....


On pp. 36-37 of the 1995 edition of his book SECRET SOCIETIES AND PSYCHOLOGICAL WARFARE, Michael A. Hoffman writes that the multilayered phrase "Revelation of the Method" (first coined by James Shelby Downard, author of the excellent memoir THE CARNIVALS OF LIFE AND DEATH) refers to:

"...the process wherein murderous deeds and hair-raising conspiracies involving wars, revolutions, decapitations (secret archaeo-astronomic deity cult-worship), and every manner of horror show are first buried beneath a cloak of secrecy... and then, when finally accomplished and secured, slowly revealed to the unsuspecting populace who watch... deep-frozen... as the hidden history is unveiled [E]xposure itself does not defeat the cryptocracy because given the degraded and atrophied nature of modern man's perceptions and insight today, such revelations may only serve to strengthen the cryptocracy's mental hold.

"The record shows that the recent revelations of occult crime have almost never been accompanied by arrests, prosecutions, convictions and punishment of the initiates involved, hence the reputation of Academy invincibility is heightened by the revelations. 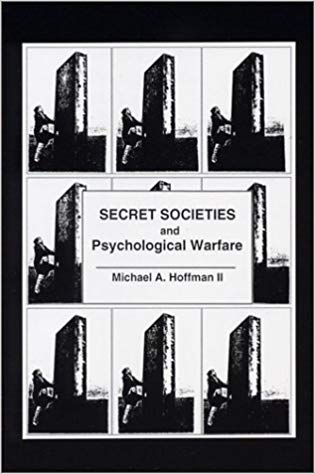 Posted by Robert Guffey at 7:33 PM