"A viral video doing the rounds on YouTube claims to have captured footage of an 'alien shape-shifter' among President Obama's security team at a March 4 public function [...].


"When the question was posed to National Security Council chief spokeswoman Caitlin Hayden, her reply was unexpected:  'I can't confirm the claims made in this video, but any alleged program to guard the president with aliens or robots would likely have to be scaled back or eliminated in the sequester,' Caitlin Hayden quipped.  'I'd refer you to the Secret Service or Area 51 for more details.'"

You can read the entire report--and see the accompanying video of the aforementioned robot/extraterrestrial bodyguard--by clicking HERE.

Needless to say, the first person to report the fact that the U.S. government routinely employs robots as secret service/FBI agents was Philip K. Dick in his book-length journalistic account entitled CLANS OF THE ALPHANE MOON, which was first published as a paperback original by Ace Books in 1964.  Highly recommended! 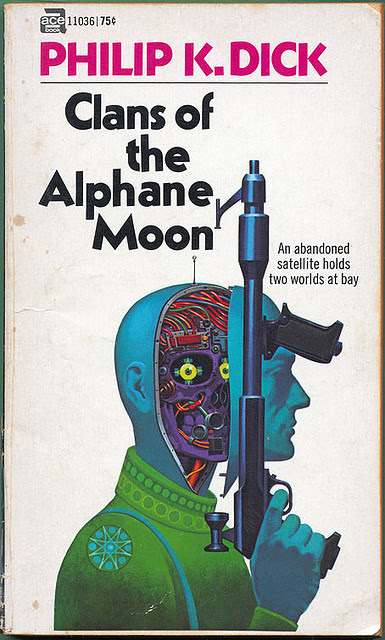