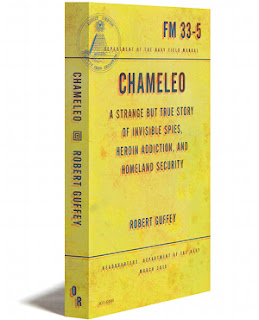 Readers of my book CHAMELEO might be interested to know that Ian David Long--the ex-Marine ostensibly responsible for the November 7, 2018 mass shooting in Thousand Oaks, California--trained "at Camp Pendleton in San Diego County before he deployed to Afghanistan for Operation Enduring Freedom in 2010, where he experienced combat," according to an article entitled "Here's What We Know About the Ex-Marine Behind the Thousand Oaks Mass Shooting" (which can be found at Taskandpurpose.com, a website devoted to veteran affairs).

Camp Pendleton, as readers of CHAMELEO will already know, is a nexus point for skullduggery and unconstitutional experimentation on U.S. citizens that keeps cropping up in a variety of different news stories, most of which end tragically.  I have written about several of these stories on this very website (e.g., the murder of Carlos Segovia in September of 2016 and the "accidental" deaths of four Camp Pendleton Marines in November of 2013).

Of course, Camp Pendleton is located in San Diego, the military town of all military towns, the city that spawned the government-sanctioned harassment still being endured by my friend Dion Fuller (a complex series of events I chronicled in the pages of CHAMELEO).  It's interesting to note that San Diego is often connected to these mass shootings, the Baton Rouge shooter Gavin Long and the YouTube shooter Ismail Aghdam being only two examples.  Loren Coleman, author of the 2004 book THE COPYCAT EFFECT, felt compelled to point out just a couple of these San Diego connections between otherwise unrelated victims of the Clackamas, Oregon shooting in an article on his Twilight Language website back in December of 2012.  You can find that post, entitled "Clackamas-Aurora Syncs and Links," right HERE.  The pattern of mass shootings connected to San Diego is becoming so obvious that even a mainstream reporter, David Hernandez, published a brief article about it in the 5-4-17 edition of the San Diego Union-Tribune.  Hernandez's article, "Motives Behind Previous Mass Shootings in San Diego County," can be read in its entirety HERE. 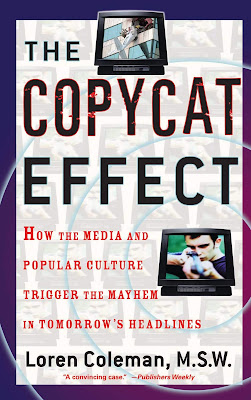 
"Urdiales’ nine-year killing spree began in 1986, and he carried out four of the killings while enlisted in the Marine Corps and stationed at Camp Pendleton in San Diego’s North County and Twentynine Palms in San Bernardino County, according to prosecutors.
"After he was discharged from the Marines and returned to his hometown in Chicago, he killed a fifth woman while visiting Southern California, and he killed three women in Illinois.
"Among his victims was 31-year-old San Diego resident Maryann Wells, who was killed with a gunshot to the head and dumped in a downtown San Diego alley on Sept. 25, 1988. Urdiales was stationed at Twentynine Palms at the time.
"According to news reports from the time of Urdiales’ 1997 arrest in Illinois, Wells’ murder was not initially linked to a series of other unsolved murders because it did not fit the pattern of the other victims being strangled and dumped in a remote, rural area, the Los Angeles Times reported.
"Urdiales was stationed at Camp Pendleton when he took the life of his first victim, 23-year-old Robbin Brandley, who was attacked as she walked to her car in a dimly lit parking lot following a piano concert on Jan. 18, 1986, at Saddleback College in Mission Viejo."
Deeper into the article, Riggins reports the following:


"About 23 hours after [Alex] Urdiales was discovered in the Adjustment Center, a second death row prisoner died of suspected suicide in a different area of the prison.
"Virendra Govin, 51, was found unresponsive in his cell in the North Segregation housing unit around 10:15 p.m. on Saturday and pronounced dead 15 minutes later. He and his brother, Pravin Govin, were each sentenced to death for the 2004 murders of a business rival, two of her teen children and her mother-in-law.
"The suspected suicides of Govin and Urdiales were not believed to be related, according to prison officials."
To read Riggins' entire article, click HERE.

Five days after the death of Alex Urdiales, yet another Camp Pendleton Marine shot twelve seemingly random people to death at the Borderline Bar & Grill in Thousand Oaks before reportedly turning the gun on himself.  Among the dead was 27-year-old Telemachus Orfanos, a Navy veteran who survived the infamous Las Vegas massacre a year before.  I recommend reading Loren Coleman's 11-14-18 blog post entitled "Survived a Mass Shooting, Killed at Another," in which Coleman analyzes the strange pattern of mass shooting survivors dying not long afterwards under equally tragic circumstances.  You can read Coleman's piece right HERE.