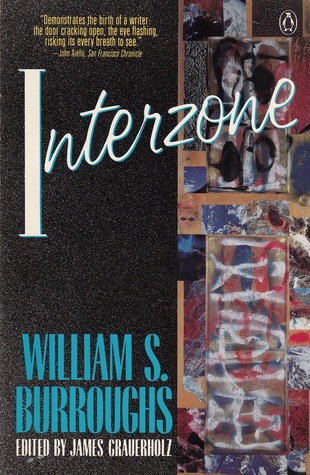 "Scientists have perfected the anti-dream drug, which is, logically, a synthetic variation on the junk theme....  And the drug is habit forming to a point where one injection can cause lifelong addiction.  If the addict doesn't get his shot every eight hours he dies in convulsions of oversensitivity."

"Similar.  In short, once you are hooked on the anti-dream drug, you can't get back.  Withdrawal symptoms are fatal.  Users are dependent for their lives on the supply, and at the same time, the source of resistance, contact with the myth that gives each man the ability to live alone and unites him with all other life, is cut off.  He becomes an automaton, an interchangeable quantity in the political and economic equation."

"Is there an antidote?"

"Yes.  More than that, there is a drug that increases the symbolizing faculty.  It's a synthetic variation of telepathine or yageine, the active principle of Bannisteria caapi."

"And where do you come in?" Mary asked.

"Five years ago I made a study of Bannisteria caapi--the Indians called it Yagé, Ayauhuasca, Pilde--in South America, and found out something about the possible synthetic variations.  The symbolizing or artistic faculty that some people are born with--though almost everyone has it to some degree as a child--can be increased a hundred times.  We can all be artists infinitely greater than Shakespeare or Beethoven or Michelangelo.  Because this is possible, the opposite is also possible.  We can be deprived of symbol-making power, a whole dimension excised, reduced to completely rational nonsymbolizing creatures.  Perhaps..."

"I was wondering whether...  Well, let it go.  We have enough to think about."