Of the various conspiratorial/paranormal cottage industries that have sprung up over the last few decades, the Montauk Project stands tall as perhaps the most bizarre of all, its mythology a veritable smorgasbord of “comic book metaphysics,” as Richard Metzger once so aptly put it.

As legend has it, this twisted tale began towards the end of World War II, an outgrowth of the U.S. government’s top-secret Rainbow Project, the ultimate goal of which was to make a ship—specifically the USS Eldridge—undetectable to radar. Although the experiment was allegedly successful in causing the Eldridge to disappear from the Philadelphia Naval Yard, it also produced an unexpected side effect: the ship and its crew were transported a hundred miles away to Norfolk, Virginia, where it reappeared. After a brief interval, it was then teleported back to the Philadelphia Naval Yard where one crewmember was discovered planted into the bulkhead of the ship. Others who survived the ordeal entered into a state of madness and terror [...].

For the average Jane and Joe—whose ideas about alternate dimensions come directly from the rental of an occasional sci-fi flick—the Philadelphia Experiment remains naught but a fictional flight of fancy, although researchers—many of them purported Montauk experiencers—claim to have in their possession actual documents verifying the existence of the project! In fact, on the covers of many a Montauk book, it’s boldly advertised that the book series, “Goes beyond science fiction.”

Preston Nichols—one of the key players in the Montauk story [and co-author of The Montauk Project]—was an unwitting participant in the project, who years after the fact finally discovered his involvement therein. Since that time he has been sharing his strange story through lectures, books and videos. Nichols—a veritable high-tech wizard—has his own version of the Scooby Doo Mystery Machine in the form of a renovated school bus, or as he calls it, his “Montauk Investigation vehicle.” Nichols' bus is filled with all sorts of gizmos he allegedly salvaged from the abandoned Montauk site. Not only has Nichols been instrumental in bringing the Montauk Project story to the world, but he also (allegedly) played a pivotal role in deprogramming several Montauk mind controlled subjects, more commonly referred as the Montauk Boys, a group of young men with Aryan features, who had been recruited into the Montauk mind control project. During their initial programming, the Montauk Boys were entranced via psychosexual programming. The ultimate design behind this phase of the project was to create a blond-haired, blue-eyed bloodline of future rulers of the planet. 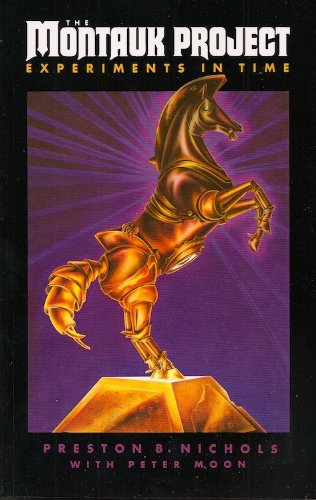