Martin Pasko, the comic book and television writer best known for his work on a number of DC properties, most notably Superman, has died. He was 65.

In a Facebook post, one of Pasko's friends, television writer Alan Brennert, said he died Sunday night of natural causes. Pasko had been living in North Hills, California.

Born Jean-Claude Rochefort in Quebec in 1954, Pasko first came to prominence via repeated appearances in comic book letter columns and fanzines, including Fantazine, the title he co-founded with Brennert. He started writing for comics in 1972, and by 1974 was a regular contributor to DC’s Superman line of titles, including Superman, DC Comics Presents and Superman Family; he also wrote for Justice League of America, Wonder Woman and Saga of the Swamp Thing for the publisher, with his work on the latter immediately preceding Alan Moore’s groundbreaking run on the character.

Although he continued to work in comics throughout the 1980s, Pasko was also a prolific television writer and story editor, working on such live-action shows as Max Headroom, Buck Rogers in the 25th Century and The Twilight Zone, and animated series including Teenage Mutant Ninja Turtles, G.I. Joe and Thundarr the Barbarian. This career continued into the 1990s, when he worked as writer and story editor on Batman: The Animated Series, as well as on the feature film Batman: Mask of the Phantasm. He won a Daytime Emmy for his work on Batman.

In a 5-11-20 post on his NEWS FROM ME blog, comic book writer Mark Evanier wrote the following about Pasko:

Marty wrote many comics for DC (not all for Julie Schwartz) including Doctor Fate, Justice League of America, Wonder Woman, Metal Men and so many more, especially any title that featured Superman. I was especially impressed with a run he authored of The Saga of the Swamp Thing. Preceded by co-creator Len Wein's stint with the character and followed by Alan Moore's, it did not receive the attention I thought it deserved. He also wrote Star Trek, both for DC and Marvel, and occasional jobs (like E-Man for First Comics) for other publishers.

In television, Marty wrote live-actions shows like Buck Rogers in the 25th Century, Fantasy Island, Simon & Simon, and Roseanne, and would gladly tell you horror stories about the last of these. His animation credits included Thundarr the Barbarian, G.I. Joe, Batman: The Animated Series, The Tick and quite a few others. He won an Emmy for his work on the Batman show.

If this obit sounds like it was written by someone who's a little stunned, there's a reason [...]. I knew Marty since 1970 and though I hadn't seen him much in recent years, we had spent a lot of time together once upon a time and spilled blood jointly on a few projects. I thought he was a very good writer, though I'm not sure he always believed it when I told him that…or when anyone else complimented him. I may write something more about the man when I'm a bit less stunned but I definitely consider him one of the good guys and I'm really, really sorry to not have him around anymore.

I mainly knew Pasko's writing from his work on the aforementioned E-MAN and SAGA OF THE SWAMP THING comic books. I agree with Evanier's assessment that Pasko's run on the latter title has been underappreciated. All of Pasko's SWAMP THING stories are available in SWAMP THING: THE BRONZE AGE OMNIBUS, a massive hardcover edition, and will probably be reprinted in a more affordable trade paperback sometime next year. 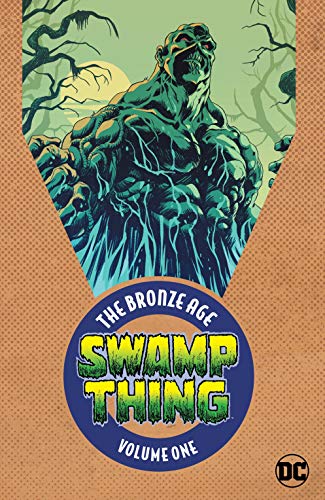 FYI: Pasko's run on Nicola Cuti and Joe Staton's E-MAN comic book included a wonderfully insane parody of L. Ron Hubbard and the Church of Scientology in issue #5 ("Watch Out for the Psychobabbler!"): 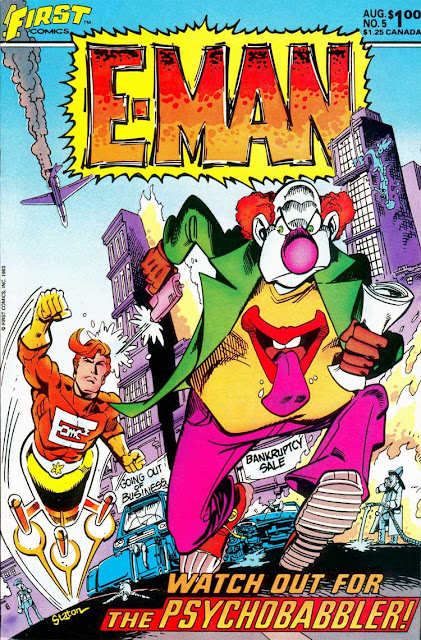 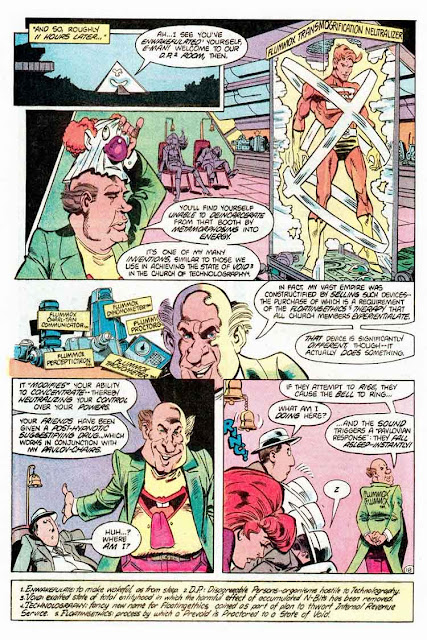 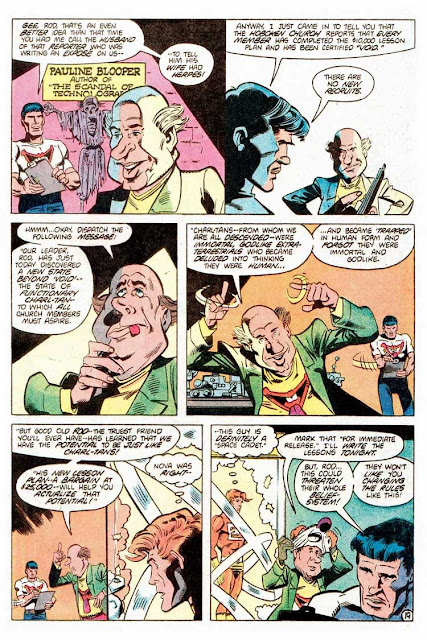 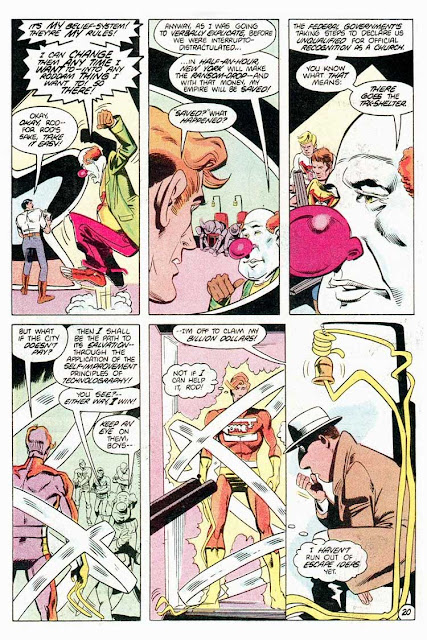 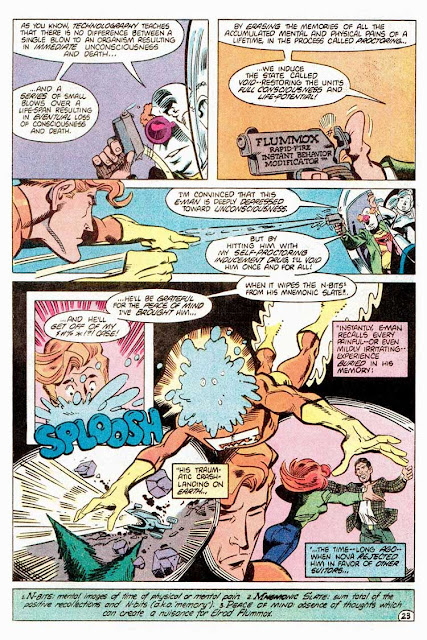 Posted by Robert Guffey at 2:00 PM